How To Salvage Nigeria - Ekweremadu 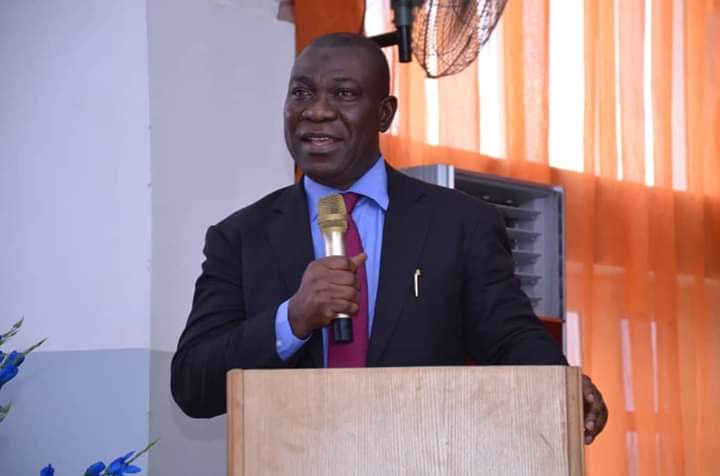 Former Deputy President of the Senate, Senator Ike Ekweremadu, has expressed concerns that Nigeria’s troubles could continue, unabated, unless the nation returned to the constitutional foundations of a federal structure as laid down by the founding fathers to support and sustain a peaceful, secure, and prosperous nation.

Ekweremadu also warned that Nigeria would continue to experience agitations and the emergence of ethnic campaigners except government protected the citizens and treated every part of the country with justice and equity.

The lawmaker made the observations in a keynote address he delivered in Lagos on Monday at the 2021 Law Week event of the Ikeja Branch of the Nigeria Bar Association, NBA, themed “Building a Nigeria of Our Dreams”.

He equally advocated a hybrid of presidential and parliamentary systems, noting that while the presidential system remained ideal for holding a vast and pluralistic nation like Nigeria together, features of parliamentary system, such as appointment of ministers from the parliament, “Question Time”, as well as removal of a head of government by a “Vote of No Confidence” rather than a tortuous and convoluted impeachment process in a presidential system, would help to curb presidential excesses and create greater overlap and cooperation between the executive and the legislative arms of government.

“Also, a single presidential term of five or six years as I have advocated over the years will help us circumvent the distractions, manipulations, divisiveness, and excesses that come with the quest for a second term of executive offices as well as to ensure that power rotates more frequently among the various sections and groups.

“Besides, it is better if every President or Governor understands that he or she has only a term to begin and complete all his or her good works.

“It is also high time Nigeria went for unicameral legislature, which is far less unwieldy and also cheaper to run. However, in order to maximise the benefits of unicameral and bicameral legislature, membership of such a unicameral federal parliament should be based on equal representation, which is the wisdom behind the creation of the Senate as a second chamber. That way, we will kill two birds with a stone”.

Ekweremadu, called for a better management of the nation’s diversity, emphasising that “the turbulence in the country today derives from the concerns of some parts of the country that they have been sidelined and that the Federal Government has failed or even refused to protect them”.

“Although all Nigerians are by law meant to be equal, sections of the communiqué issued at the end of the last meeting of the Southern Governors Forum in Lagos, also point to the same concern that some Nigerians have since become less or more equal than others.

“Never in the history of post-civil war Nigeria has the cry of marginalisation and preferential treatment been so pronounced, and never has separatist agitations been so intense and pervasive.

“Verily, verily I say unto you, even if we clamp all the separatist agitators into prisons; even if we unleash all the Nigerian military and police might formations unto the streets, such agitations and the rise of ethnic militants will never cease unless we address the factors that gave rise to them in the first place”, he observed.

Also on reinventing Nigeria, Ekweremadu further canvased devolution of powers, fiscal federalism, decentralised policing, restructuring of the local government system, and a return to regionalism with the geopolitical zones serving as the federating units, while the states serve as provinces.

“Nigeria needs fewer number of federating units to address structural imbalances, reduce cost of governance, free resources for development, and take advantage of the economy of scale”, he underscored.

Ekweremadu stated that many of his suggestions were not new, regretting that some were passed during the various constitution amendment exercises he chaired, but were not assented.

The senator, called on the Nigerian Bar and Bench to live up to their roles in promoting the rule of law, good governance, justice, equity, and inclusiveness.