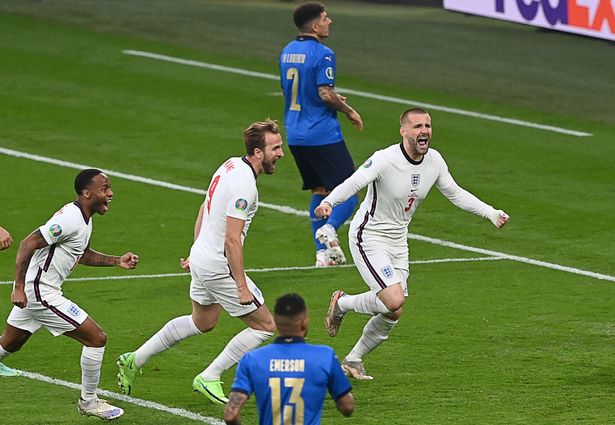 England’s Luka Shaw scored the fastest goal in a European Championship final match and Italy’s Leonardo Bonucci became the oldest goalscorer in the continental title game on Sunday at Wembley.

Both pieces of history were all before Italy took the trophy 3-2 on penalty kicks after a 1-1 draw following extra-time.

The ruling body UEFA said in a statement that left-back Shaw needed just one minute 56 seconds to give England the lead, with a drop-volley off Kieran Trippier’s cross.

The previous record was 5:04 minutes which Chus Pereda needed for Spain to score in the 1964 final against the Soviet Union.

Centre-back Bonucci netted the 1-1 equalizer in the 67th minute to become the oldest goalscorer in a final at 34 years 71 days.

The German was on target at 30 years 103 days in the 1976 decider his team lost on penalty kicks against Czechoslovakia.

Bonucci also got an Italian record 18th appearance at the Euros, moving one ahead of former goalkeeper Gianluigi Buffon.

He was also on target in the shootout to help Italy to a second Euro title.