“Nigeria Is A Lucky Country”- Buhari 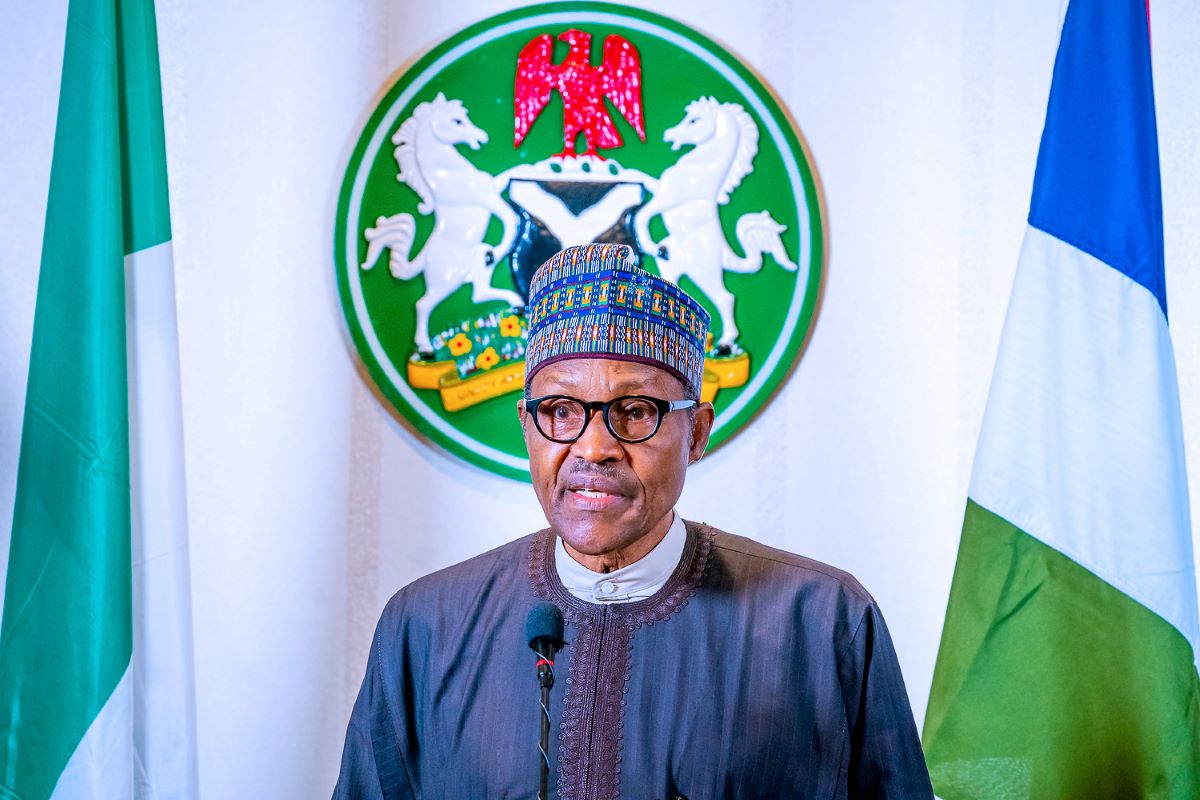 President Muhammadu Buhari has described Nigeria as a lucky country and encouraged Nigerians to celebrate themselves because despite facing challenges that could have torn them apart, they stood firm.

The President’s spokesman, Mr Femi Adesina, in a statement, said Buhari stated this when he received the report of the National Security Summit held on May 26, by the House of Representatives.

READ ALSO:Why I Could Not Deliver On My Infrastructure Agenda, Buhari Confesses To Lawmakers

The report was submitted by a team of House members, led by the Speaker, Hon. Femi Gbajabiamila, at the State House, Abuja, on Tuesday.

President Buhari advised leaders to respect the people, from the lowest to the highest, “so that it becomes a duty to them (the people) to pay back to the leadership.”

According to him, respect for the people should come in allowing them the freedom to elect their leaders irrespective of political party or religion.

Describing the event as “a remarkable occasion,” the president reiterated his determination to serve the country to the best of his ability, recalling his visits to the 36 States during the campaign for the 2019 elections.

He said: “The number of people that turned out to see me, some waiting for 10 hours in the sun, was more than anyone could buy, or force.

“They just wanted to see who this Buhari was. People wonder why Nigerians accept me, despite not being rich. I wonder, too. I felt I just have to serve Nigeria and Nigerians to the best of my ability.”

He commended the 9th National Assembly for its cooperation with the Executive, saying he tried very hard to get the 8th Assembly to do same for the sake of the country, “and I didn’t succeed much.

“But time has proved me right.”

In his remarks, Gbajabiamila thanked the president for endorsing the security summit conducted by the House.

“You were part of it from the very beginning, and you were to have declared it open, if not for the exigencies of duty,” he said.

The Speaker said the summit became imperative after lawmakers were bombarded daily by their constituents on the security challenges facing the country, “and motions after motions were moved by the lawmakers.”

A committee of 50 lawmakers, across party, religious and ethnic lines, he said, was set up to plan the summit, “and Mr President was very eager and enthusiastic about it, showing the importance you place on security.”

Gbajabiamila said the report was a product of inputs by traditional rulers, scholars, independent thinkers, and security chiefs.

According to him, it contains seven recommendations that require legislative action, and about 19 that will be implemented by the Executive.

The Speaker submitted: “Thank you Mr President for what you have done so far to douse tension and for Nigeria to remain one.

“It’s about all of us, not just the Executive, the legislature or the judiciary. And Nigeria will work, by the grace of God.”