Robbed, Wounded And Abandoned To Die (3) 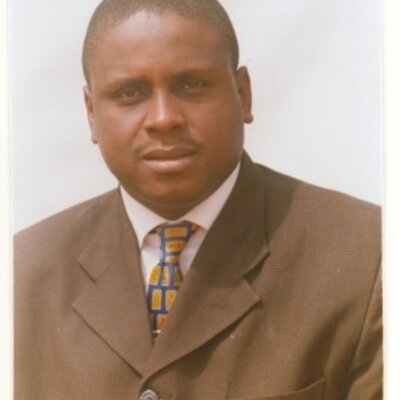 You are being healed now! You are being located, rescued and restored. I said that you will not nurse those wounds again. You will no more pine away in that pain, hopelessness and regret.

Our God specializes in turning wounds and pains into sweetness and greatness. Yes, pains, wounds and scars make generals. True. Show me a general and I will show you a man with scars and near-death experiences from battles.

Do you want to be great? Then you must be ready to accumulate scars, wounds, enemies, deprivations, betrayals and battle stars. Even Jesus went through them all.

Yes God gave him a name that is above all names in heaven, on earth and under the earth (the waters), but that was not without scars. He went through robbing, wounding, abandoning and ultimately was killed.

But he came back, rose again to become the sovereign, the indestructible, the immortal King of Kings and the Lord of lords. And today when you mention his name all things – principalities, powers, dominions, thrones, Satan, demons, situations, diseases, occult masters, and satanic agents bow.

No scars no authority! In fact, the bible said that his wounds brought us healing – spiritually, emotionally and physically. And by his death, we have received life and victory! If he was not robbed, disgraced, bruised, betrayed and abandoned to die we would not have been saved and empowered today.

Now, there are many in the bible that went through this experience, but we will just pick one or two because of time and space. Look at the hopelessness of the paralyzed man that was abandoned at the Pool of Bethesda. His good health was taken away. He could not walk or help himself and he did not have anybody.

Even when he lay near the solution, there was nobody to rush him into the water when it was stirred by the visiting angel. And he was in this situation for 38 years. He was virtually left there to die. So he also had no friends or relations?

My God! Yes, friends and relations have a limit to what they can do for you at the time of trial. Don’t put you hope on people, trust God. Don’t trust things, rely on the creator. He is the one that will stay with you when everything has failed. He will stand with you when everyone is gone.

The main problem of this man was that he had nobody to help him. As his situation got worse and complicated, everybody deserted him. Nobody unless God-sent will stand with you in such condition for 38 years. Nobody!

Just few weeks every sympathizer is gone. And few months, your relations and best friends will gradually start distancing from you. Only your children and a godly spouse, I repeat, a godly spouse will hang on with you when it gets too tough and too long.

But I doubt if our friend had kids and wife. Or they also abandoned him and vamoosed because it happens. It’s possible. Haven’t you seen such before? Human beings are unreliable, unpredictable. May you not over stay in that situation in the name of Jesus!

He had no healing, no help and no hope until Jesus met him. He was abandoned to die and had accepted his fate. Just listen to him, “Sir,’ the invalid replied, ‘I have no one to help me into the pool when the water is stirred. While I am on my way, someone else goes in before me.”  John 5:7. Did you hear that?

He had accepted his condition. He had enough excuses why he could not be healed. He had enough and valid medical, social, environmental and historical facts why he should remain in that condition, but Jesus altered them all and healed him. I don’t care what your medical reports are, I don’t care how ‘damaged’ and how long you have been in that situation, I don’t care how powerful your enemies are, all I want to tell you is that the power in the name of Jesus is setting you free today!

You will not die. You will not be destroyed and disgraced in this. I release you from that situation now! Be free in the mighty name of Jesus! Share this message with others.  We will continue.