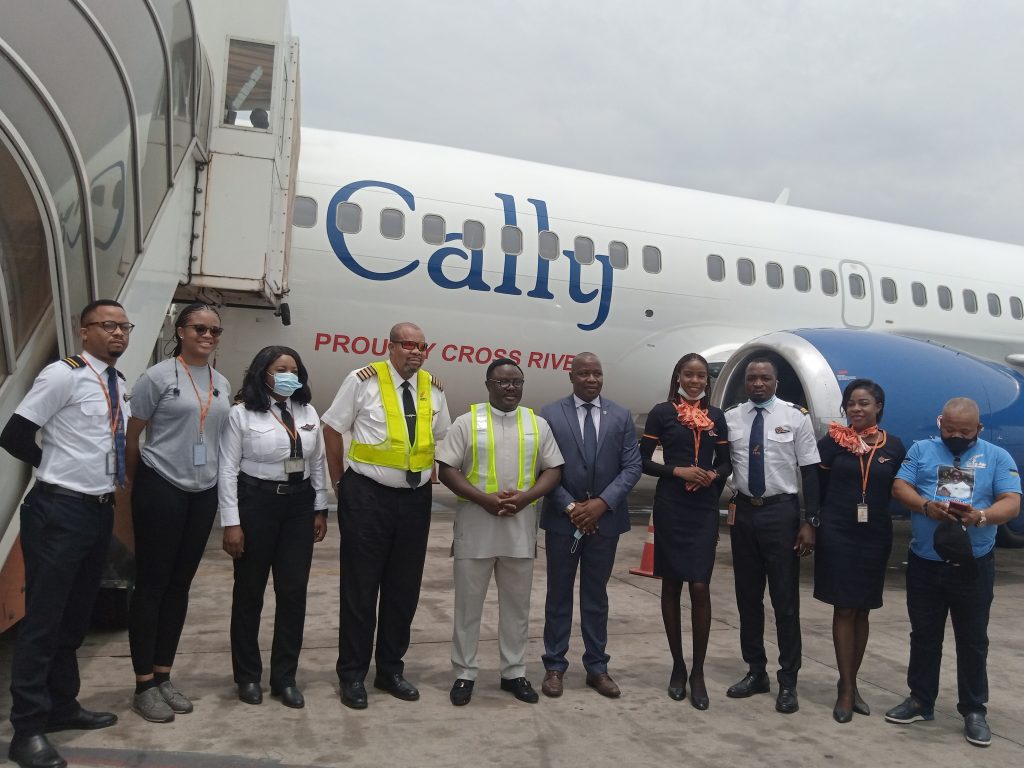 The Government of Cross River on Friday delivered two aircraft of the state  Cally Air to Aero Contractors Company of Nigeria Ltd. to operate and maintain.

The aircraft have been at Nnamdi Azikiwe International Airport (NAIA), Abuja, before giving them to Aero Contractors.

Gov. Benedict Ayade of Cross River said at the event that the two airplanes would be maintained and operated by Aero airline until Cally Air would obtain its Airline Operation Certificate.

According to Ayade, the established relationship between the two partners will boost the aviation sector.

“We give glory to Almighty God for Cross River State to procure these aircraft.

“As it is today, the state can proudly say without owning that we procured these aircraft for Cally Air Airline.”

For now, we are in the process of getting our own AOC (Airline Operation Certificate) for Cally Air.

“With increasing difficulties and insecurity challenges by traveling by road, the air travelling has become more imperative to bridge the gap.

“That is why the cross river state is cashing into the opportunities,’’ he said.

The governor added that the two aircraft are capable to move passengers safely at all times.

Jibreel expressed optimism that the two parties would mutually benefit from the union.

“Today`s event is a historic one between Cross Rivers and Aero Contractors.

“We are into partnership together with them. They gave us two aircraft to operate on their behalf and under an MOU of understanding between the two partners.

“We are going to maintain the two aircraft as well as to operate the aircraft.

“I am sure, it is going to be a credit one between the two partners; a win-win situation for the two parties,’’ he said.

Speaking, the Managing Director of Federal Airports Authority of Nigeria (FAAN), Capt. Rabiu Yadudu, said the arrival of the two aircraft was a very major improvement to the aviation industry.

“Because of COVID-19 pandemic, the system is distressed. To have another airline coming into operation will yield a better thing for all of us.

“The confidence is there and we are recovering quickly,’’ he added.

Yadudu, who reaffirmed the authority’s commitment to the improvement of services at airports, solicited further cooperation and supports of the airlines and other stakeholders to advance the sector.

In his part, NAIA Airport Manager, Mr Sani Mahmud, affirmed that having a new airline operating in the airport was a sign of growth.

He added that the management in the airport was intensifying efforts to ensure that all users of the airport maximally enjoyed the rendered services.

“We airport operators, we always welcome new airline into the airport and into the field. It is a sign of growth for all.

“We on our part, we ensure all necessary facilities are provided for them. We have so many of the airlines coming up, and it is in this vein that we are trying to convert the old international terminals for domestic operations.

“We are in the process of developing the place. A lot of conversion activities are happening already,” he said. (NAN)