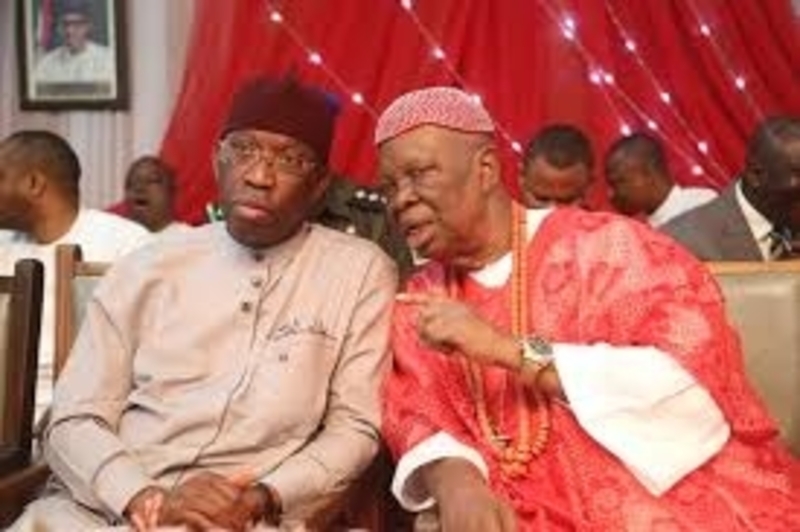 The visits were in continuation of the Engr. Elijah Ologe-led Delta Collective Assembly’s push to ensure that the clockwise rotation of the governorship seat in Delta State continues.

DCA, which has members drawn from the 25 local government areas of the state, appealed to their hosts to support the group’s quest to ensure that Delta Central produces the next governorship candidate of the ruling PDP in the state comes 2023.

Convener of DCA, Engr. Elijah Ologe, said the aim of the group is to sensitize prominent Deltans on the need to support the clockwise rotation of the governorship seat on senatorial district basis.

He noted that the clockwise rotation of the governorship seat, which started in 1999, has brought political stability, peace and seamless victories to the PDP in the State.

Ologe, a former chairman of SUBEB and former Vice Chairman of Patani LGA, said the Delta governorship seat after going round the three senatorial districts, “it is the turn of Delta Central Senatorial District to produce the next Governor in 2023.”

He stressed that it will be fair and just for the Urhobo to produce the next governor after waiting for sixteen years.

Engr Ologe explained that the group does not have any candidate but is chiefly concerned about sustaining the peace and unity of the State, as guaranteed by the clockwise rotation of the governorship seat.

He appealed to the former Governor Benjamin Elue, Dr Esther Uduehi, Pere of Akugbene-Mein Kingdom and Obi of Owa Kingdom, to use their positions as custodians of culture and peace in the state to help channel the position of the group to the appropriate quarters.

Responding, former Deputy Governor, Sir Benjamin Elue commended members of DCA for the visit, noting that it was the first time a group has visited him regarding 2023 without putting forward a candidate.

He added that the message of DCA which is consolidating peace and unity in the State is simple and will help to assuage the anxiety over recent political happenings in the State that has kept the social media awash with all kinds of reports.

The Deputy Governor described himself as a messenger of peace and promised to carry DCA’s message to the circle of decision makers of PDP, noting that PDP is one family.

For her part, the member of PDP Board of Trustees, Dr Esther Uduehi, commended the group for hinging its agitation on peace and unity but noted that it is a bit early to start discussing the 2023 gubernatorial election.

She, however, promised to make her position known at the appropriate time and prayed for the success of the group and encouraged its members to sustain their peace move.

Also speaking, Obi of Owa Kingdom, Efeizomor ll, promised to transmit the message of the group to his colleagues and commended the group for its widespread membership across the State.

The state wide consultation of stakeholders on the need to sustain the clockwise rotation of the governorship seat in the state by members of Delta Collective Assembly DCA continues.

The Pere of Akugbene-Mein Kingdom, Kalanama Vlll, noted that there has been relative peace in Delta State, since 1999 when the PDP came to power, compared to some states in the country where there are crises.

The royal father commended the group for its efforts in sustaining the prevailing peace in the state and called for its sustenance, noting that peace is beneficial to all and without it, there will be no development.

Kalanama VIII urged DCA to reach out to the leadership of Delta State Traditional Rulers Council and other leaders, including the State Governor, Dr. Ifeanyi Okowa and prayed for its success.

Electoral Act: Why We Walked Out – PDP Lawmakers