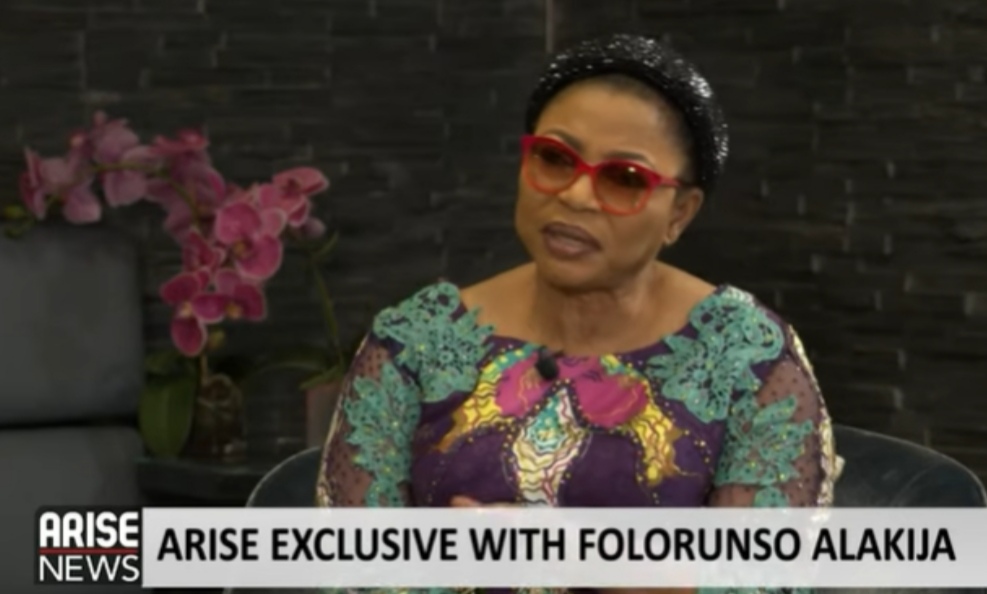 Billionaire oil magnate and fashion aficionado, Folorunsho Alakija, says people are being unfair to her by attributing her success, especially in the oil and gas sector, to her connection with the family of former military head of state, general Ibrahim Gbadamosi Babangida.

Alakija described as painful claims by people that she got oil blocs because she made  ”blouses” for the former first lady, late Mrs. Maryam Babangida, opining that such assertion amounts to utter denigration of her.

Alakija, who spoke with Arise TV in an interview to celebrate her 70th birthday, said her ascendancy in the Nigeria socio-economic terrain was down to determination, hardwork and tenacity and not cronyism, political patronage and prebendalism.

Alakija who has been described as one of the wealthiest black women in the world, said the only thing Mrs. Babangida did for her at the time was to help facilitate meetings with the Petroleum Minister at the time and, thereafter she – Alakija- put in all the work.

She recounted how a meeting and conversation she had with a family friend on a plane had set off a chain of event that culminated into her eventual acquisition of oil blocs during the tempestuous military regime of Babangida.

According to Alakija, her friend had informed her that she would be needing her help when they returned to Nigeria. She said the friend had told her that she had already reached out to some other persons for the same assistance but that if they do not come forth, she would contact Alakija.

”We got back to Nigeria and she came knocking at my door, gave me some documents. She had some clients that were looking to lift crude oil form Nigeria and she wondered whether I might be able to speak to some of my clients, one of whom is the late Mrs Babangida. I said Okay, I would go and see her and see how she can help.

”So we parted ways. I said to myself, now that I have an inroad to that place, why don’t I find something I can do. All I wanted was a contract to boost my pocket. I still wanted to carry on doing my fashion, I love it.

“So I went back. I asked Mrs Babangida to help me book another appointment and I went to see the Minister and I told him that I was interested in finding something to do with the NNPC. I was given all soughts of different options- catering for those offshore, transporting crude from one location to another, stuffs like that.

She said that went on for a while and they were all rejections.

”I came back home and I cried my eyes out. My husband comforted me and I called Mrs Babangida and I said this is what I came back with and she said, well, all she knows is that that kind of thing takes years and we left it at that and I carried on licking my wounds.”

Fuel by determination and burning resilience, Alakija said she woke up one day and decided she was going to give her all and was not going to no for an answer anymore.

She said she beseeched Babangida’s wife to help facilitate one more interview and she obliged her, noting all she did was set up a meeting with the minister and that she played no role in obtaining license and acquisition of oil blocs.

”I decided I was going to go back. So I called Mrs Babangida and I said Please, I would like that you please book me one more appointment and she did. She was kind but that was all that she did concerning this license matter. She kept on getting me those appointments and the rest was what God wanted to do.

“So I went back and I said to the Minister that I really wanted to apply for this. He said okay, you go and do your homework because it is Nigerians that the government of the day wants to encourage now. We have had a lot of multinationals over the years. We want to encourage Nigerians. We want our resources and our wealth in our own land rather than have it carted away by foreigners all the time.

“I applied for the license three times and that took three years. The Ministers changed hands twice and it was doing the time of the last one that I eventually got it.” she said.