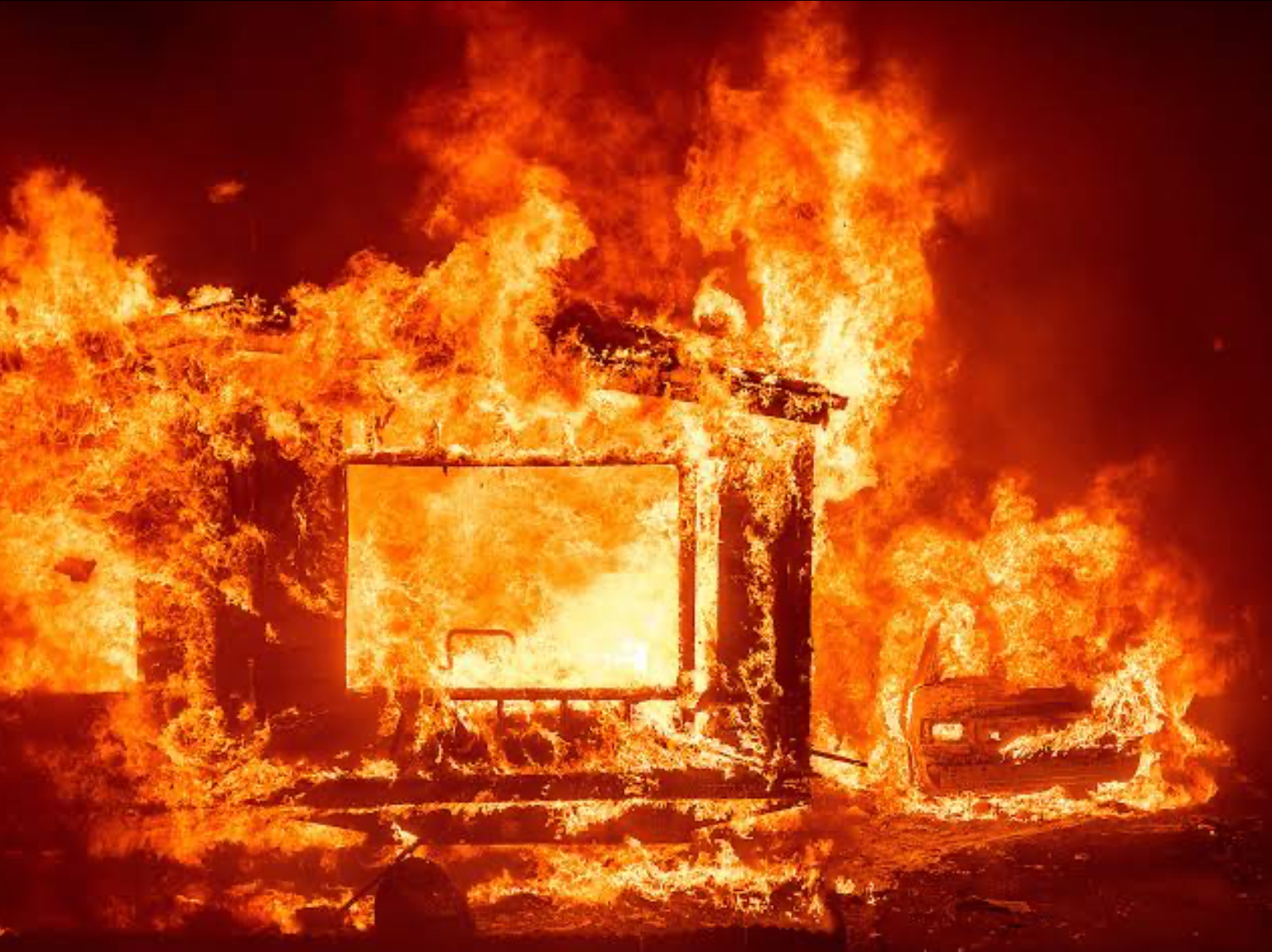 Five suspected kidnappers died an ignoble and horrific death on Sunday after they were set ablaze by exasperated youths along the Afuze-Uokha road in Owan west LGA of Edo state.

The suspects reportedly attacked and abducted some travellers along the road and taken them inside a nearby forest.

However, the kidnappers mer their waterloo as they were arrested by vigilantes who went after them and brought them out of the forest.

The youths, on sighting the suspects, hijacked them from the vigilantes and set on fire, NAN reports.

The suspected kidnappers were said to have taken the travellers into the bush, without knowing that the vigilantes, who had gotten wind of the incident, were after them

“The kidnappers would have been contacting the families of the abducted travellers to ask for ransom if not for the bravery of the vigilantes, while residents, who were fed up with the criminal activities of these kidnappers, set them on fire and left them to get burnt to death,” a source said.

Bello Kontongs, spokesman of the Edo police command, who confirmed the incident, said investigation is ongoing.

Nigeria Has Failed Me, Says Lady Raped Daily By Kidnappers Before N2m Ransom

“After the kidnap, the vigilantes went in search of the criminals who they apprehended in the bush,” Kontongs said.

“As they were coming out in Uokha community, on their way to the police station, angry youths in Uokha and adjoining towns took away the suspected kidnappers from the vigilantes.

“All efforts to get the suspects to the police proved abortive as they were burnt to death.”