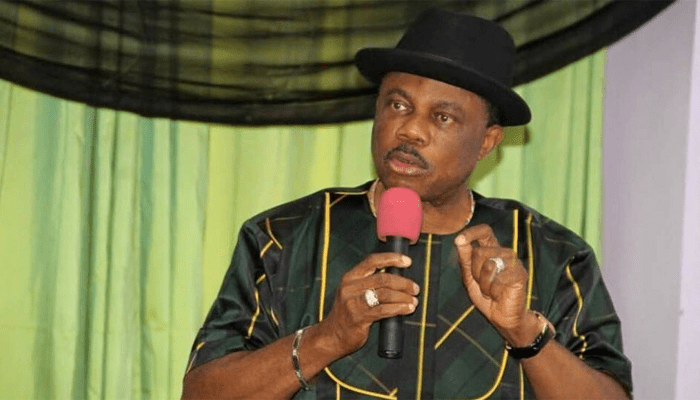 Senior senior aides of Governor Willie Obiano of Anambra state, have resigned and dumped him to join forces with Chukwuma Umeoji, the candidate recognized as the All Progressive Grand Alliance (APGA) by the Independent National Electoral Commission.

Among those who have resigned are senior special assistant to the Governor on Legal Matters, Mr Chika Ekwenugo and his counter part in Works, Nwachukwu Okpaloka, confirmed their resignation at the weekend.

GreenWhiteGreen GWG reports that Governor Willie Obiano is believed to be backing the factional APGA candidate, Prof. Charles Soludo. However, against expectations, INEC gave its recognition to Chukwuma Umeoji who emerged from a parallel primary conducted by APGA.

Umeoji had been a loyalist of Obiano until now.

Speaking on why he dumped the governor, Ekwenugo told newsman in Abuja, that the emergence of Umeoji was a godsent to the party even as he commended the Independent National Electoral Commission (INEC) for not succumbing to alleged pressure to drop Umeoji on Friday.

While appealing to the governor and other stakeholders to join hands with Umeoji to win the main election he said that many other political officers serving in the Obiano government were ready to jump ship.

The Sun quoted a source in Anambra thus:

“Over 90 serving Aides to Governor Obiano were alleged to have secretly pledged their locality to Hon Umeoji, because we believed that his emergency is the best thing that have happened to the APGA in the state,” the source said.

Already, some members of the state Assembly, including Hon Timothy  Ifedioranma (representing Njikoka 1), have joined Umeoji’s camp, describing his emergence as APGA governorship candidste as another victory for democracy and good people of Anambra state.