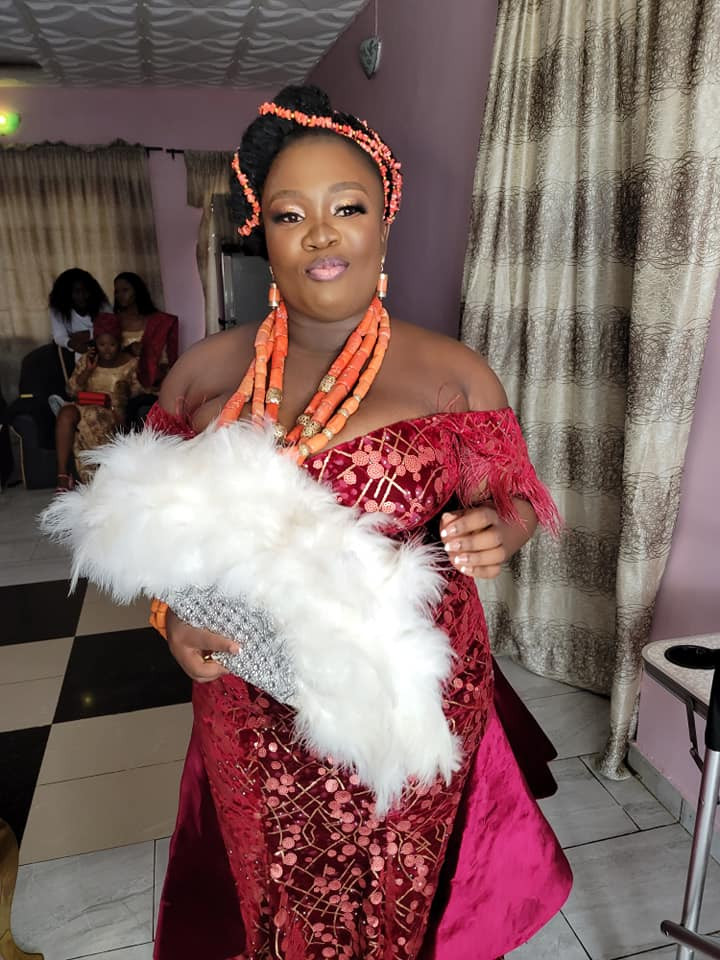 Nkechi is a firebrand who enjoys cult following on social media, especially on Facebook, where she’s known for her contentious takes on social and economic issues.

Many young ladies look up to her and have taken a cue from her perennial attack on men to form an opinion that’s hinged on deep resentment for the opposite sex. Their quest for companionship is also shaped by her hedonistic view of life. To them, materialism is a way of life and their men must be well-off.

She’s renowned for her constant vilification of Igbo men and courting controversy.

To many who follow her on social media, Bianze cut an identity of someone who will rather die single than kowtow to the vagaries and vicissitudes that come with matrimony.

Only a few will not be astounded when the wedding pictures of Bianze surfaced online. The pictures caught many by surprise and sent tongues wagging. A misandrist getting married to a man from a tribe she had viciously maligned is unfathomable to them

She shared pictures of her wedding ceremony on her Facebook page.

Bianze disclosed that her husband is from Mbaise in Imo state.

The Facebook feminist further disclosed that the traditional wedding was done according to the custom and traditions of her people in Owa, Delta state, but edited to suit them.

She also was up in arms with those who questioned the sincerity of her feminism.