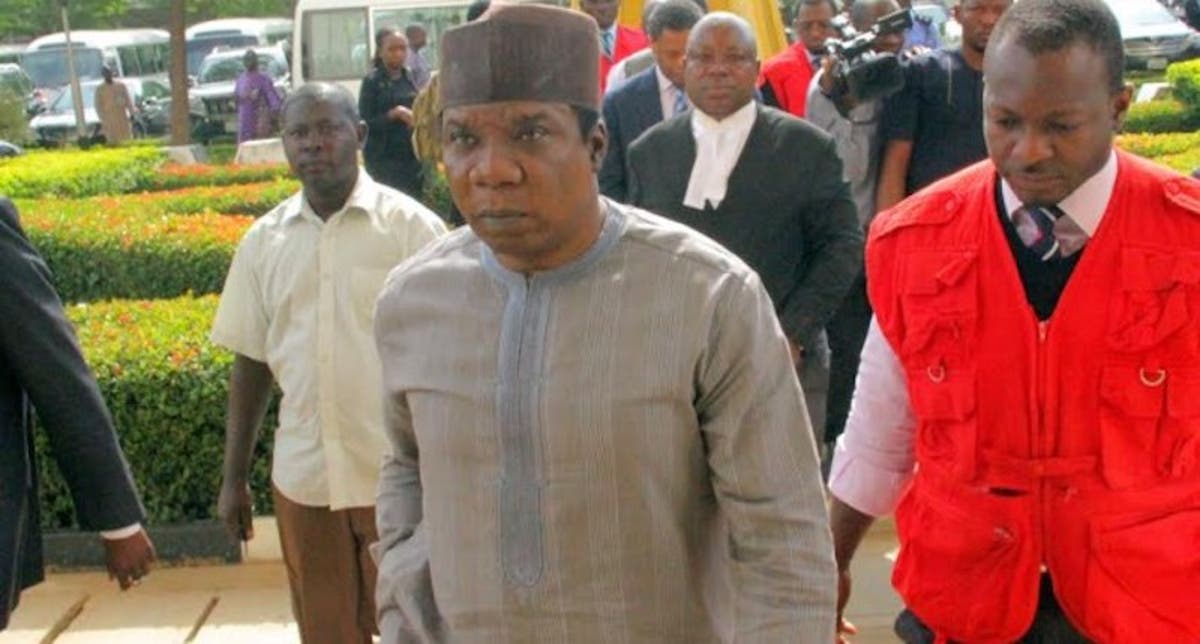 The Court of Appeal in Abuja has restored the orders the Economic and Financial Crimes Commission (EFCC) obtained to freeze the accounts and interim forfeiture of assets belonging to Jide Omokore, an ally of former Petroleum Minister Diezani Alison-Madueke.

The accounts, which contain various sums, are domiciled in a popular bank, while the property are said to be located within and outside the country.

In a judgment, a three-man panel of the Appeal Court, led by Justice Moore Adumein, set aside the September 10, 2020 decision by Justice Ahmed Mohammed of the Federal High Court in Abuja, vacating the freezing and interim forfeiture orders obtained on May 3, 2016 by the EFCC.

The anti-graft agency had obtained the orders before the commencement of Omokore’s and others’ prosecution before a Federal High Court in Abuja on alleged $1.6 billion money laundering charge.

While their trial had not been concluded, Omokore and his firm – Energy Property Development Limited – went before Justice Mohammed with a fundamental rights enforcement suit, claiming their accounts in the bank and other assets were unlawfully seized by the EFCC.

In his judgment on September 10, 2020, Justice Mohammed agreed with the lawyer to Omokore and his firm, Ojukwu Chikaosolu, that the property and funds were wrongly confiscated.

He ordered their release, a decision the EFCC appealed.

Justice Peter Ige, in the lead judgment of the Appeal Court, upheld the argument by EFCC’s lawyer, Oluwaleke Atolagbe, that Justice Mohammed ought to have declined jurisdiction over Omokore’s and his firm’s fundamental rights enforcement suit.

He held that the suit was wrongly constituted, thereby denying the trial court the jurisdiction to entertain it.

The judge said Omokore and Energy Property could not lawfully file a joint suit to enforce their fundamental rights under Section 46(3) of the Constitution.

Justice Ige held that each of them ought to have filed separate suits to challenge the alleged violation of their rights.

In determining the case on the merit, the Appeal Court found that from the evidence presented before the lower court, the EFCC acted lawfully in freezing the accounts and seizing the assets involved.

It set aside the orders by Justice Mohammed, struck out the suit by Omokore and his firm, and restored the freezing and interim forfeiture orders made on May 3, 2016 by Justice Binta Nyako (also of the Federal High Court in Abuja).

In a separate decision, the Court of Appeal in Abuja granted a request by the EFCC for permission to appeal a ruling delivered by Justice Inyang Ekwo of the Federal High Court in Abuja in the trial of former Head of Service of the Federation (HOSF), Stephen Oronsaye, and others on fraud-related charges.

The EFCC had attempted, in the course of the trial, to tender two confessional statements by Afe, but Justice Ekwo, in a ruling on October 6, 2020, upheld the objection raised by the defence and rejected the documents on the grounds that the statements were made in the absence of Afe’s lawyer.

In a ruling on December 21, 2020, Justice Ekwo declined the prosecution’s request for leave to appeal the October 6, 2020 ruling.

The judge held that such an interlocutory appeal could be combined with any other appeal to be filed at the conclusion of trial.

The EFCC subsequently went before the Appeal Court with an application for leave to appeal the lower court’s October 6, 2020 ruling.

In the lead judgment, Justice Ige said: “I am satisfied that the appellant has made out a prima facie case for the grant of the application for leave.

“There is no impediment showing why the application should not be granted by this court in favour of the applicant. The applicant has fulfilled all that the legal principles prescribe for the exercise of discretion in her favour.

“Order is hereby made granting leave to the applicant to appeal to the Court of Appeal against the ruling of the Federal High Court, Abuja, Coram: I. E. Ekwo, J., delivered on October 6, 2020, …on questions other than those of law alone.”

Both decisions of the Appeal Court, sighted in Abuja, were delivered during virtual court sessions conducted on May 11 and June 10 this year while members of the Judiciary Staff Union of Nigeria (JUSUN) were on strike.