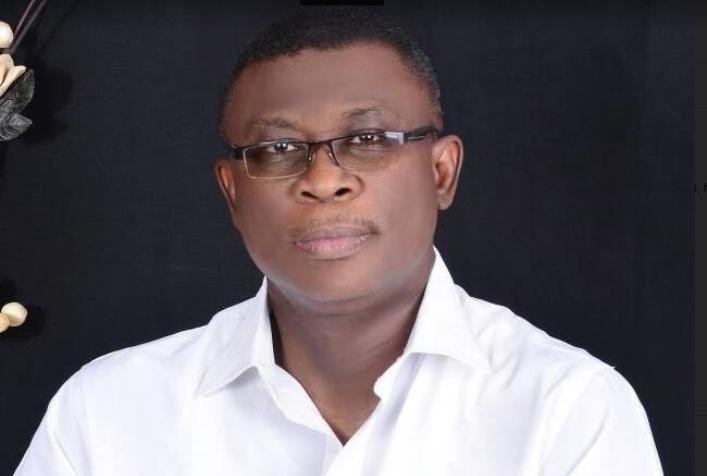 I watched a short video some time ago. A man was in the bathroom when the wife requested to use his car. He agreed, but shortly after, he remembered that he left his phone in the car. He ran out of the bathroom with only a towel around his waist and soap lather all over his body. He and his maiguard (security guard) ran after the wife until they caught up with the vehicle in their street and he retrieved the phone with great relief.

I called a very successful professional and a chairman of a top government agency one day. A female, I shortly recognised to be his wife, picked the phone. We chatted for a while before her husband came and took over. My deduction: the wife has access to the husband’s phone.

I called another friend on two occasions and the wife took the calls. She said her husband went out, forgetting to take along his phone. My deduction: the wife has access to his phone. I know another man, whose phone screens are permanently cracked because his wife and children play games with them.

I also see men in the church and at social gatherings give their phones to their wives to keep in their handbags for safe keeping. You know even in churches, if you leave your phone on the pew, it can disappear. Also, during thanksgiving when everyone is dancing to the altar, it can also disappear from your pocket. At social gatherings, the master of ceremony welcomes you to the event with an announcement that you should keep your phone well because not everyone in the gathering is a gentleman. Some are “guy men.”

Two weeks ago, when I wrote about side chicks, my brother, Michael Owhoko, pointedly asked me on my Facebook page, “but you nor tell us whether you get side chick or not.” My deduction is that some readers not only want to know my thoughts, they also want to know what I do. Let me clarify, the issues I raise in my column are not personal; they are not really about me or meant to validate me or prove anything. I am just like any other regular person with my trailer-load of frailties. The topics I discuss are just societal issues, but I take up Owhoko’s challenge today while dealing with this topic. Does my wife have access to my phone? Yes!

I have a wife whose interpretation of “they are no longer two but one” is extreme and total. After marriage, we were using the same toothbrush, courtesy my wife, until I revolted. I did that because each time I brushed and saw what came out of my mouth, sharing a toothbrush did not make sense. But sometimes, I think my revolt was misplaced because the two mouths also kiss and exchange fluid and other mouth contents, so what is the big deal about sharing toothbrush?

I was also not comfortable with using the same towel with her, especially at certain times of the month. She saw my body language and also stopped. My discomfort was caused by what my mother said in the 70s. She rebuked an older cousin for saying she would share the same towel with her future husband. My mother (traditional Urhobo woman) said a towel used by a woman should not touch a man’s face. But when I think of what goes on between husbands and wives in the bedroom, I just wonder. These days, I use any towel that is handy, including my children’s.

Sorry for the digression, but coming back to phones, my wife has “owned” my phones from the beginning when mobile phones debuted. I hate reading manuals, especially because of the small prints and volume, while she loves it. So she reads the manuals, sets up the phones (and other gadgets in the house) and tells me what to do. She has access to my phones.

In fact, in 2009, I needed to travel for 11 days. To be able to run the family business effectively in my absence, she needed my phone, so I left it with her. But I still insist that phones are personal gadgets and she (and my children) must tell me before taking or using my phone. Moreover, I expect her to respect my privacy while handling my phone. Everyone needs some bit of privacy.

So, it is not true that married men are scared of their wives handling their phones. True, there are some men who do not want their wives to have access to their phones. The question is why? Many people assume that it is because the men have side chicks and do not want their wives to know. In fact, after I got back from my trip, a friend called one day and told me that he called two weeks earlier, but my wife took the call and said I travelled. I confirmed it. Then he said, “you try o, you travel go Chicago leave your phone for madam?” You get his drift? It is possible that some men keep their phones from their wives because of side chicks, but assumption and stereotyping are dangerous.

I know someone who does not allow his wife near his phone or laptop because he does not want the wife to know his bank balance. If she does, she will remember that they have not travelled for two years now due to the COVID-19 pandemic. She will remember that her car is due for replacement, etc. And once she starts nagging, it is suffocating until he grants her what she wants.

Some men hide their phones because they are just naturally secretive. Some men also keep their phones away from their wives because of the kind of wives they have. Some women are very selfish. They do not want their husbands to support their parents, siblings and friends, or engage in charity. It is just my children and I (maybe her family members). Meanwhile, the husband is a charitable person and derives joy from it. So what does the husband do to have peace in the house?

But not all men with side chicks hide their phones. There is a man, who has side chicks, but does not bother to hide his phone. One day, the wife pried. She has not recovered from the trauma. When she confronted the husband, he asked her what she was doing with his phone. “Na so I dey check your own?” Sometimes curiosity can kill the cat. Also, sometimes for the sake of your sanity, you should allow some sleeping dogs to lie.

Meanwhile, hiding of phones is not exclusive to men. Women also do it. There is a woman who hides her phone from her husband because once the husband knows she has money, there will be mayhem in the house until she surrenders the money. Another woman had two phones, but always kept one and used it only in the office. The husband later found out. What was she hiding?

NDDC Board: Rita Lori’s Antics To Elongate Interim Contraption Must Not Stand