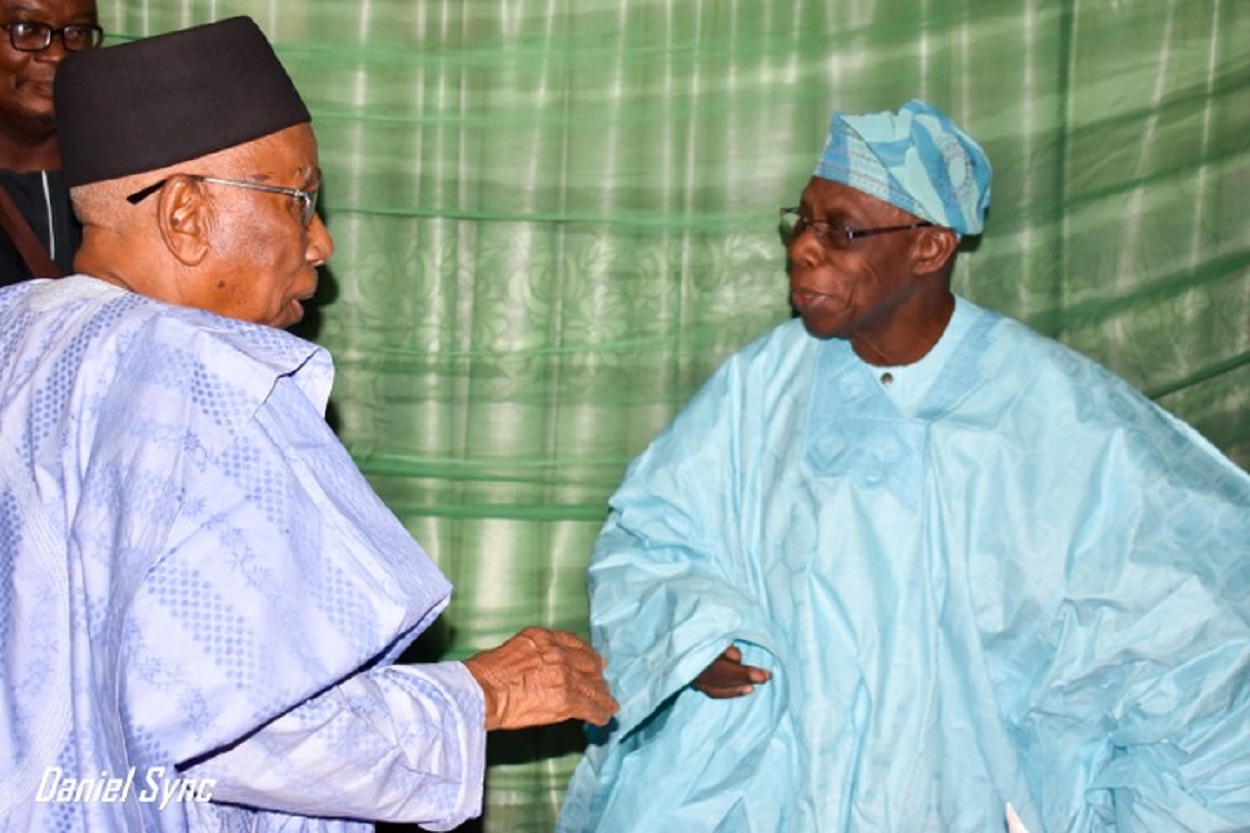 Former head of state and ex-president of Nigeria, Olusegun Obasanjo, in a tribute to the late statesman, Ahmed Joda, has described how the latter saved the country from breaking up in 1966.

The seasoned public administrator, Joda, died on Friday at the age of 91.

Obasanjo in his condolence message described Joda’s death as “heartbreaking”.

In a statement on Friday signed by his media aide, Kehinde Akinyemi, Obasanjo said the late Joda was his friend for about 60 years.

The ex-President explained that the late former Federal Permanent Secretary in the Ministry of Information saved the unity of Nigeria shortly after the 1966 coup d’état when others insisted that Nigeria should collapse.

Obasanjo described Joda “as not just a Nigerian, but, a true and great Nigerian, committed to unity, development and progress of the country”.

“Oh! What a heartbreaking news, that my friend for well over 60 years has passed to the great beyond. If every Nigerian have the attributes of Joda, Nigeria will have been better than what it is now.

“Ahmed Joda by his feature did not need to tell you is a Fulani man, but, in everything I know he did, he lived not just as a Fulani man, he lived, he worked and he laboured as a true Nigerian. They are not many like him, and that was what strengthens our relationship since 1959,” Obasanjo was quoted to have said.

He said that they met when he was a Second Lieutenant in the Nigeria Army and Joda was a Deputy Chief Information Officer in the Federal Civil service.

Obasanjo recalled that the effort of Joda and his other Super Permanent Secretaries as they were fondly called in the then civil service saved Nigeria in 1966.

According to the former President, “I know that if not for people like Joda and other Senior Permanent Secretaries as they were called Super Permanent Secretary as at that time, after the second upheaval of 1966, after the first upheaval we would have had Nigeria broken into pieces. Because Araba was bent on having Nigeria divided.

“But, it was Ahmed Joda and other Super Permanent Secretaries (senior civil servants) like Philip Asiodu, Liman Ciroma, Alison Ayida who prevailed not to have Nigeria broken up.