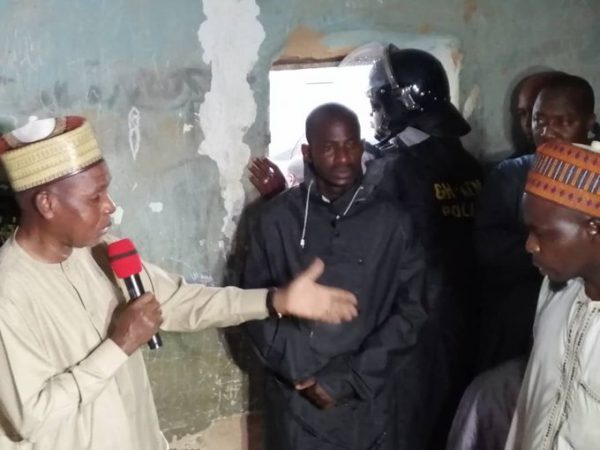 Governor Aminu Bello Masari of Katsina State has given an insight into how cattle rustling snowballed into the current spate of kidnapping and banditry in the North West Zone of the country.

The governor spoke in Katsina when he appeared on NAN Forum, the flagship interview programme of the News Agency of Nigeria (NAN).

The governor attributed part of the security challenges the region is facing to lack of education as well as influx of criminals from some North African countries.

Masari, who said there were ongoing efforts to tackle insecurity in the state, lamented that the current situation had prevented farmers from accessing their farmlands.

”Unfortunately, what we met as cattle rustling has turned into banditry and insurgency which are depriving people, especially those living in the border area of the forests which are very fertile, from access to their farms, drastically affecting their source of livelihood.

“They have lost their ploughing cattle which they used to plough the land.

”This has caused another challenge to our “Restoration Agenda” in Katsina but we thank God that we can continue,” he said.

Masari revealed that the seven governors from the North West Zone have been meeting to work out modalities on how to end banditry and insurgency, part of which is the ongoing training of about 500 vigilance members to be followed by another 3,000 soon.

“We have a committee under the North West Zone because of our linkage in terms of boundary.

”We are strategising on how to deal with the situation.

”And as I talk to you now, we have 500 vigilantes undergoing training and we intend to take another 3,000.

”All of us are doing that at various levels and we have a committee where my SA on Security is representing me.

”We have the governor of Niger as the chairman.  We are sharing our experiences.

“We have infiltration from Niger Republic, Mali which has very large ungoverned spaces and you know the problem in Libya has unleashed arms and ammunition on sub-Saharan Africa.

“And we have to accept that within these areas, Nigeria is the richest and an attraction for all forms of criminality and kidnapping.

“And again there is the issue of drugs, because these young men that the bandits are using to carry out these attacks, they give them all forms of hard drugs and intoxicants before they work on them.

“The major problem we are facing now is the issue of selected kidnapping; they have moved a step further by going to town to kidnap a member of the family. That is the stage we are dealing with now.

”If I meet these innocent people, I will hold them, it is either they are being supported by their children who are thieves or criminals, or women who cannot do otherwise.

”You know that your husband is bad; he is a bandit or insurgent. Some of the women having nowhere to go will want to stay and hope for the best.

”Eventually, she becomes a bandit or gives birth to a bandit, so for me, there are no more innocent people in the forests,‘’ he said.