Strike: What We Agreed With JOHESU, Ngige Reveals

329 Cholera Deaths In Kano Since March

Reasons Why You Should Urinate After Sex 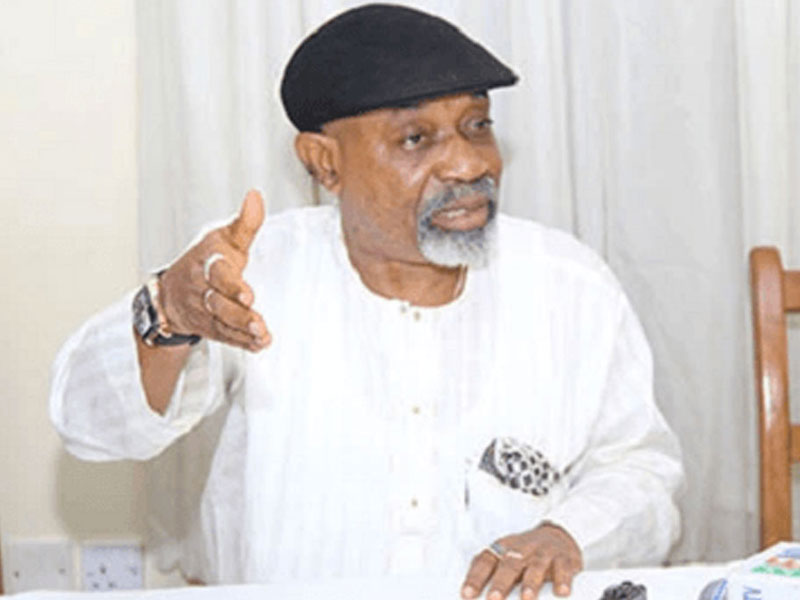 The Federal Government says it has reached a truce with aggrieved health workers of the Joint Health Sector Unions (JOHESU) an assembly of healthcare professionals.

The Minister of Labour and Employment, Dr Chris Ngige, said this while addressing newsmen at the end of a five-hour conciliation meeting with the leadership of JOHESU on Tuesday in Abuja.

It would be recalled that JOHESU had on Sept. 3 issued a 15-day ultimatum to the federal government to meet their demands or face an indefinite strike.

Ngige said that an understanding was reached by both parties, the meeting was fruitful and that the Memorandum of Understanding would be signed next week.

He said they discussed in a fraternal way and reached an understanding on all the issues in dispute.

According to him, this includes the enhancement of hazard allowance, review of retirement age from 60 to 65 years, the arrears of the consequential adjustment of the national minimum wage.

The minister said there was no problem with the old issues, while the meeting agreed that the new issues should return to their employer, the Federal Ministry of Health, for discussions.

On the hazard allowance, Ngige noted that the federal government had held four meetings earlier with JOSEHU and Nigerian Medical Association (NMA) alongside their affiliates, but at a point, there were areas of departure.

He said that NMA and a union hitherto thought to be part of JOHESU, demanded for the compartmentalisation of the discussions on the hazard allowance, which the government granted.

“Based on previous discussion, we delivered to them (JOHESU) the financial implication of what is due to them and they promised to get back to their members and report back to us.

”On the other hand, government is meeting with NMA next week for their separate discussion on hazard allowance. Already the federal government has budgeted the sum of N37.5 billion for this.

“The issue was resolved to the satisfaction of all of us. The government is not delaying the hazard allowance as some people want the public to believe.

”Since the past six months, government has been making concerted efforts to push the new hazard allowance into effect, which we are doing now but for disagreement between NMA and JOHESU,” he said.

On the upward review of retirement age from 60 to 65 years, Ngige said that the meeting received reports from the Office of the Head of Service of the Federation and the Federal Ministry of Health.

According to him, both agreed on the reality of the proposal.

He added that the matter had already been handled by the Office of the Head of Service of the Federation which had in turn transmitted same to the National Council on Establishment for further processing at its meeting in December.

Ngige disclosed that the meeting agreed that the issues of non-implementation of allowances contained in the 2017 agreement, such as consequential minimum wage adjustment and skipping, would be taken holistically.

On the issue of the non-adjustment of CONHESS as done in CONMESS, the minister said that the matter was in the National Industrial Court of Nigeria (NICN) for adjudication.

He said, following a litigation engendered by a civil society organisation, the court remitted the issue back to JOHESU and its employer, the Federal Ministry of Health, for discussion.

Ngige said that they agreed at the meeting that if the discussions fail, the matter should be brought back for conciliation.

He added that the meeting further resolved that other issues brought up by JOHESU, such as the 30 per cent of shift duty allowance to nurses and others, payment of outstanding allowance to intern health professionals.

According to him, others include the payment of teaching allowance to JOHESU members on CONHESS 7 and 8, as well as skipping arrears should be handled expeditiously by the Federal Ministry of Health.

The minister also noted that the resolution of issues affecting their members in the state health institutions was for the Council on Health, adding that the Federal Ministry of Health has been directed to receive them and forward to the council.

He added that JOHESU will meet with the Federal Ministry of Health on Thursday to draw up a framework for all the discussions to start.

“We will be ready to address all the issues. But we agreed that as a result of the perilous state of economy, the principle of capacity to pay will guide all our discussion,” he said.

The JOHESU President, Mr Josiah Biobelemonye, noted that “strike is not the way to go”, and expressed optimism that all issues raised by the unions would be positively attended to.