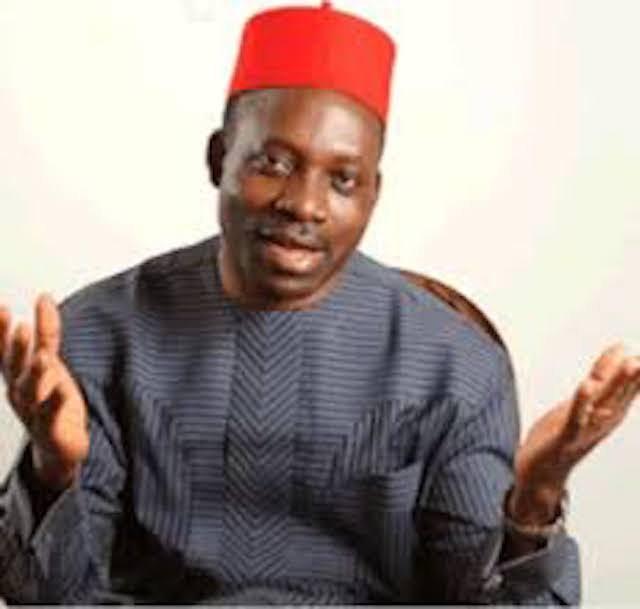 The Anambra Indigenes in Diaspora have endorsed Prof Chukwuma Soludo,  All Progressives Grand Alliance (APGA) candidate,  for the state’s  November 6  governorship election, citing what they cited as his pedigree.

The group made their position known in a statement made available to newsmen in Awka on Tuesday.

The Anambra Indigenes in the Diaspora which endorsed Soludo is made up of people living in the U.S., UK, Russia, Germany, Hong Kong, South Africa, Australia, Austria, Sweden, Denmark, Spain, Italy and India.

They stated that the group took the position during the Anambra Indigenes in the Diaspora global meeting,  held virtually from  Sept. 10  to 12.

It said that  members of the group that participated in the meeting,   considered a wide range of issues affecting the state,  especially the forthcoming governorship election slated for Nov. 6.

They said  the group considered the pedigree of who became the next governor of the state,  with a view to ensuring security of lives and property as well as advancement of development in all sectors.

“After due considerations, we unanimously adopted Prof. Chukwuma Soludo as the preferred governorship candidate for the poll,” the Anambra Diaspora group said.

“The diasporas overwhelmingly request the entire Anambra people to align with, and support Soludo,  because the state is in serious need of  sustaining  good governance,” it said.

The Anambra Diaspora group, however, explained that candidates presented by other political parties are equally good but that its choice of Soludo,  was devoid of bias and done in the best interest of Anambra State.

It also said  the state needed  an individual with the intellectual dynamics to steer the ship of the state to safe harbor,  considering the national and global socio-political and economic challenges.

“We are convinced that Soludo has the integrity, pedigree and visionary leadership acumen to drive the state to the next level of development in infrastructure, human capital, industrial, education, health, agriculture and other sectors”, the Diaspora group stated on its decision on the Anambra governorship.

The members assured that if Soludo, a former governor of the Central Bank of Nigeria, CBN is elected,  they would mobilise forces in countries of their residence to galvanise development in the state.