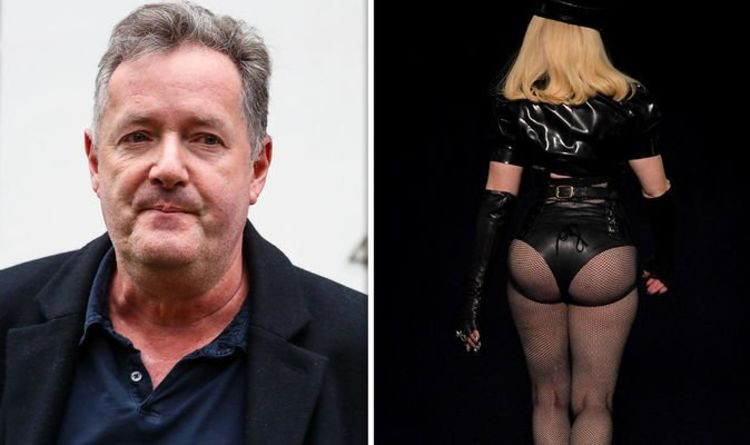 Strong reactions from around the world have followed what appeared to be the body-shaming of celebrated music icon, Madonna by prominent British-born journalist, Piers Morgan.

He had posted a picture of Madonna in her dressing with a one-word comment: Cringe.

The post was followed by reactions from across the world with some supportive, others abusive.

I’m a woman, I think it’s cringe. I don’t care if she’s Madonna. She simply isn’t rocking it anymore. If she was, then go for it. She’s not.

It’s called fashion piers, you just don’t happen to like it. Which of course is devastating for the world.

I’m torn between admiration and cringe…. she’s not growing old gracefully but why does she need to? We become invisible after 45 apparently, but not her! Is she trying too hard? She’s always been rebellious, why stop now…. I’ll let you know when I’ve made my mind up.

Quite and while it’s not to my taste, I don’t need to look. Live and let live generally works well in most situations.

Nope, still unsure what the hell Piers is on about. I see Madonna and he says “cringe”? Did she not return his phone call? Did she tell him she prefers weathermen? I’m not sure why he said “Cringe”.

Or… surprise…. He finds her outfit and attitude cringe

“Cringe” he said! Hmmmm. Let’s just have a look at the people this gastrapod classes as friends

Agreed. She could actually do something good with her platform and encourage women to embrace their age and wrinkles… but no. She still thinks she’s 20…

Yes but it’s kind of nice to show that old people don’t have to efface themselves. Ok she’s extreme but it’s a good thing in some ways. Maybe.

Same cringe as 40 years ago – where’s the difference? Now Marilyn or Marlene (the real deal!) – that would be different (at any age, I guess). This is what you get when someone’s desperately trying to be what they’ve never been & never will be. (Referring to image, not music.)

A bit of eccentricity is normal with creative people. This would have been outlandish for a librarian or an accountant, but she’s an entertainer. No big deal. It’s not unusual.

Its all about the money , and that type of money youl never see.

Related Topics:MadonnaPiers Morgan
Up Next