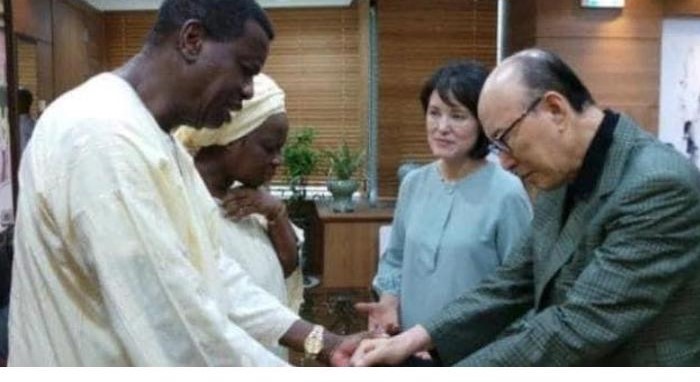 Pastor Enoch Adeboye has mourned the late Rev Yonggi Cho remarkably drawing reference to their two meetings on earth and how the deceased through God inspired him in church growth.

Adeboye said that the first time he saw Yonggi Cho many years ago, he had gone to his church which he heard at that time was the biggest church in the world, and left with an inspiration.

He said that at that first meeting, he could not come near the man of God. Many years later having established the Redeemed Christian Church of God, RCCG as a dominant in the world through God’s grace, he said that he went back, and this time at the invitation of Yonggi Cho who received him.

In a post on his Instagram page where he mourned the late Yonggi Cho, Adeboye said that he was looking forward to meeting him in heaven.

Several years ago, I visited South Korea because I heard of a man who had the largest Church in the world, he had a congregation of half a million people, by the time I visited him, he had an auditorium that could take approximately fifty thousand people, he was having seven services on Sundays. I heard him say in the service that we attended telling the members who came one Sunday to please not come back next Sunday so that those who couldn’t come last Sunday can come next Sunday.

I said God, so you can do this?

Some years ago, I returned to South Korea, I had a meeting with the same man. The first time I was there, people like me could not come near the office but this time around, I went to his office at his invitation, when we met he said I have heard of you, will you please pray for me?

Till we meet again on the resurrection morning, Rest in God’s presence Pastor Dr. David Yonggi Cho,” Adeboye said as he mourned.

Related Topics:AdeboyeheadlinesYonggi Cho
Up Next