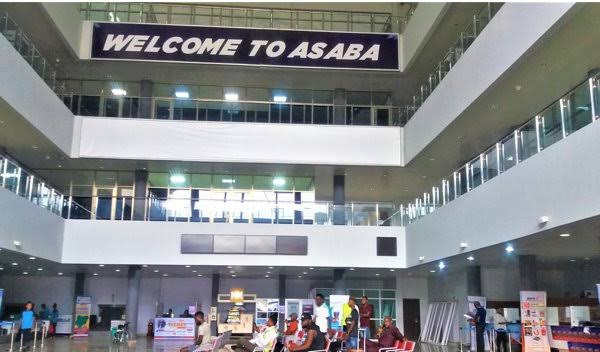 Many Nigerians are want to travel abroad in search of a greener pasture. Well, you can’t blame them, just check the difference and worth of Dollar to Naira. This is without the addition of the alarming rate the marginal difference is growing.

Well, an OP on a popular forum, Nairaland, asked users who have travelled before why they decided to return. He also shared some personal experiences of his own.

Most Nigerians youth would fancy travelling abroad to better their lives, which is not a bad thing. In fact, some people’s lives have changed for the better only because they travelled out of Nigeria.

However, this thread is about those who chose to return home for reasons such as
1. Inability to get legal papers to continue to reside there.
2. Personal choice
3. Better Job offers
And by Abroad, I mean developed “1st world countries “like USA, UK, Canada, Australia, Germany etc

As a Nigerian in Diaspora myself, one of my good friends (We both in our 30s’) who is Ghanaian is ready to go back to his country. He has been very frugal here saving over $100,000 cash/yr for the past 3 yrs. He says he has dedicated 3yrs of his life to working so he can set himself up for life. He worked as a health care support worker, taking care of the disabled and aged ppl, a job many people will consider dirty. His plan includes buying affordable rental real estate that can generate passive income. And retire at age 50. He is also good with stock trading and does that to generate some money on the side, something he can do anywhere in the world. He has plans to also go into politics as he feels he can impact his hometown.

Some of his concerns include:
1. Inclusion: Despite how well-spoken and intelligent he is, he never feels like he belongs here especially when he is being racially profiled.
2. Women are Powerful here. I have known this guy for a while and he is a decent Christian, but by marrying her he could lose everything he has worked for if things go south. The government does not want to know who is right or wrong oo, they would cut your assets and leave you to pay child support.
3. Loss of culture: He fears when he has kids, his children will lose a sense of their culture and tradition
4. Old age: Old age here can be scary too, especially when you grew up in Africa where we have a family-orientated family structure. When you are old here and can’t support yourself. Families dump their aged parents in aged care facilities. Not the fault of the kids but it’s how the system is run.

Anyway, I was wondering why don’t Nigerian’s dream the same dream. Some Nigerians turn out to be very successful abroad, but many are just living paycheck to paycheck and would be better off returning home where the money has much more value. 1USD = N505. Or is Nigeria so bad, that opportunities don’t lie in it? Remember the Indians, Chinese come here to take advantage.

I must give credit to Nigerians. We dey Hustle. God. Nigerians dey try.

Haven said all these, I know my country and the many issues we have. Security, healthcare, family or village people, etc. but Still, Are many Nigerians not better off going back home with all they have saved Abroad. Let’s not forget, Banky W, Tinubu, Tiwa savage, Some Top Bank executives, and corporate ppl all returned home. Had they remained abroad, they could still have been just ok but maybe not as successful.
So this takes me back to the question

Nigerians who returned from Abroad, Any regret?

I am now used to the endless traffic situation in Lagos, coupled with the insecurity and being in a place where nothing works. Like I said earlier financial stability is key when making the decision.

Another user, Klass99, sharing the experiences of her close acquaintances said; “I know 4 people who returned home after about 10, 13 and 9yrs overseas.

Tony 9 years in the UK – said he got tired of the system and systemic racism he occasionally encountered. He was just one year from acquiring his residency and people advised him to hang in there for one more year before returning to Naija……..but he said he was so fed up another year would have felt like Yaba left to him

Mike 13 years in the UK – said everything worked right, the system, infrastructures were efficient, the govt wasn’t an inept one etc, but he would never be rich there as much as he would be in Naija. So, he came home…….plus he was ready to marry and as a traditional Igbo man to the core I’m not sure any foreign based women would have worked for him, whether black or white.

Amanda, 4 years in the UK then another 5 in France – said she returned because we have a strong network of family & friends relationships here, unlike overseas and she really missed that. According to her if you need 10k, 20 or more there’s no way your family or friends won’t raise that money for you, even if the 20k comes from 4 different people (as in, 5k from each person) But, overseas if you need like £2 OYO will be your case. Plus, she wanted to give back to her community in Naija.

, came back because he felt his life was too regimented by bills. According to him he couldn’t do much after paying every damn bill, he never had enough left over to just chill or do nice things for himself the way he could in Naija.

He said in Naija, you can pay bills and still have enough left over to travel, lavishly hang out with your guys, assist others who need financial help etc His hands were pretty much tied when it came to these activities overseas.

All of these people are doing well and I haven’t heard or detected a trace of regret from any of them.