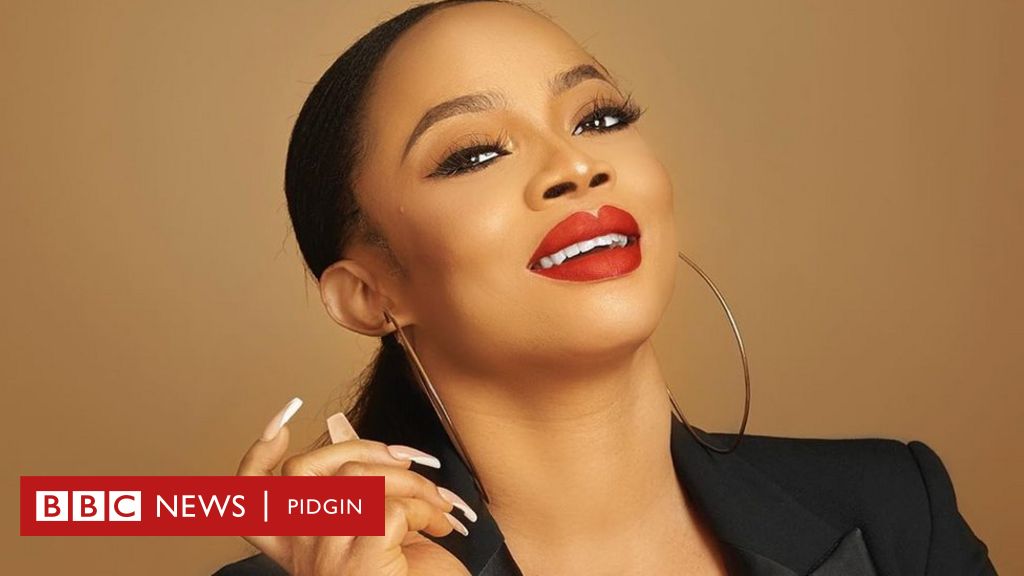 The media girl speaking in a YouTube video on “Toke Moments”, argued it’s sometimes a whole lot better to be ugly as such girls are perceived to possess more virtues.

She said: “Talking about beauty, Do you know those beautiful girls are the ones that chop the most shit. I swear to God!

“Sometimes being ugly is actually even better. Because people already look at ugly people and are like “oh! Because she is owing in the looks department aka she is not too beautiful like me. She will be humble.”

Makinwa lamented about the many incorrect general assumptions people have about ladies that are beautiful, who are also financially independent.

“They have these assumptions that beautiful girls are proud. Especially when you are now beautiful and you have money. It’s like people just think that you are just arrogant for no reason.

“They think beautiful girls have plenty toasters and beautiful guys are always busy and that’s why they don’t shoot their shots. Because they believe that your DM is full. Little do you know that it’s not true. The irony is really isn’t true,”

The media personality also noted the most beautiful girls in reality are less wooed as a result of the flawed assumptions guys have about them and also because in most cases, the guys feel threatened by their beauty.

She said: “The most beautiful girls are actually the ones not chased around very much. Because people just assume that she will have niggas and the guys are not now oppressed by their beauty. Because you know that your beauty can oppress somebody.

“They just think that, this one, every guy will want to be with her. She’s going to be proud. She probably wouldn’t take me seriously because she has like 10 toasters.”

The 36-year-old TV host continuing, stated the ‘wooing pattern’ that exists in recent times is appalling as most guys barely want to put in efforts to get the lady they want but expect huge result.

“These days, the toasting game is really very annoying. People just believe that they can do the barest minimum and just expect you to fall on the floor.

“I’m just doing this video to let you guys know, don’t be worried, shoot your shot. Yes! Yes! Shoot it! Why are you lazy? You can never be too sure. And even if there are 10 people, what if it’s you I’ve been waiting for all my life”, she declared.

‘Any Regret?’: Nigerians who returned from abroad share their reasons