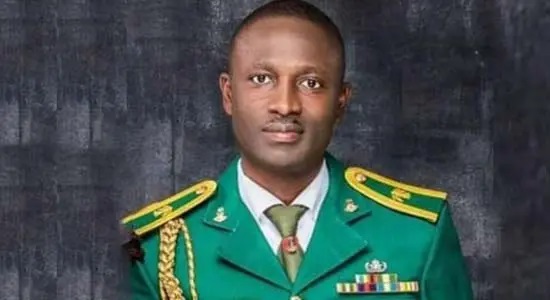 A non-partisan group, Mothers for United Nigeria (MUN), has said the rescue of Major C. L. Datong who was abducted by bandits during a recent attack on Nigerian Defence Academy (NDA) Kaduna by the military in collaboration with other security agencies shows their determination to restore peace in the country.

MUN while expressing happiness over the rescue, said it will further embolden troops of the Armed forces of Nigeria in their quest to defeat all adversaries of the country.

In a press release signed by the Publicity Secretary, Hajia Salamatu Adebayo, the coalition  commended the Chief of Defence Staff, Gen. LEO Irabor and Service Chiefs for the directive to 1 Division Nigerian Army in conjunction with the Nigerian Air Force (NAF) and all security agencies to conduct decisive operations to rescue Major Datong.

According to the coalition, the directive “is a strong assurance to the troops that they have the backing of the leadership, who will always work in their interest.”

The coalition also hailed the wife of the CDS for her motherly disposition as she took time to visit the NDA after the unfortunate incident.

MUN while describing his release as a welcome relief, said God is with Nigeria’s military as they strive to restore peace in the country.

The statement reads: “We mothers are indeed overwhelmed with the rescue of our son and father, Major Datong. It gives us joy as it is the triumph of good over evil.

“We were at peace with the directive of the CDS for troops to go after the bandits. Our prayers has been answered by God, who has continued to protect our troops.

“It strengthens our assurance that the leadership of the Armed forces of Nigeria is working diligently to ensure we get over the present security challenges.

“The efforts may not be loud, but the results are there that it is not business as usual for the bandits, who we hear are on the run due to intensity of bombardments by the military.

“We, Mothers for United Nigeria use this opportunity to commend Barr. (Mrs) Irabor who was there for the women in the NDA during this period. She has continued to be there for wives of our troops. This in no small measure gives their husbands a morale booster.

“We urge our women and the entire population to continue to pray and support our troops. There will definitely be light at the end of the tunnel!”