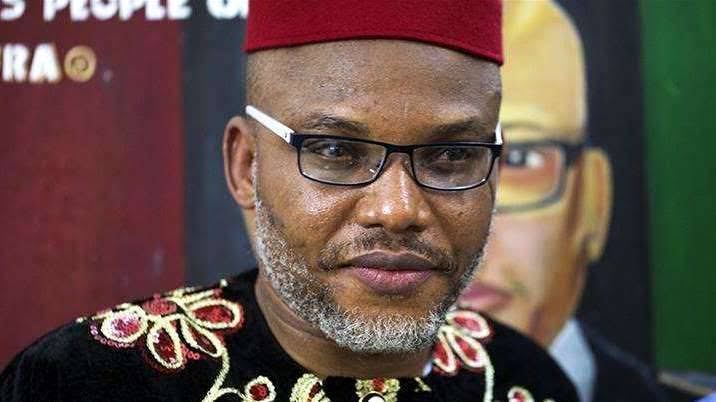 Former National Publicity Secretary of the Peoples Democratic Party (PDP), Chief Olisa Metuh, has canvassed for political solution over the arrest and incarceration of Mazi Nnamdi Kanu and the situations that constitute unrest in the South East.

Metuh, who stated this in Nnewi, Anambra state at the opening ceremony of a fully furnished office complex he built and donated to the Nnewi North Chapter of the PDP on Friday, also charged the youths to desist from acts and decisions that tend to cripple the economy and social life in the region

The former PDP spokesperson said that he is in total support of the South East National Assembly Caucus in its initiatives to provide political solution on matters related to Nnamdi Kanu and the restiveness in the region.

Insisting that on all hands must be on the deck on issues of the South east, Metuh called on the governors and other leaders of the region to join in providing political solutions to the plight of Ndi Igbo so as to ensure peace and security in the zone.

“I, Chief Olisa Metuh is here to give my 100% support to the South East National Assembly Caucus on its iniatiatives to provide a political solution to the arrest of Mazi Nnamdi Kanu and the situations that constitute unrest in South East Nigeria.

“I call on the South East governors forum to join in providing political solutions to the plight of Ndi Igbo so as to ensure a peaceful zone for our people. Nnamdi Kanu is an Igbo man and our son, He has not stolen before nor has he killed anyone before and hence we must stand for him as our son”, Metuh stated.

The PDP leader also pleaded with the youths to restrain from acts of destruction as well as review the incessant sit-at-home orders, noting that such is crippling the south east as well as shutting down the economy and local enterprise in the area.

“Our Youths must understand that for Ndi Igbo to have achieved what we achieved in South East today, was totally through personal hardwork and contributions of individuals. Hence, we must not destroy our own or continue this incessant sit-at home-orders that is crippling our economy and our local enterprises”, he said.

Metuh also urged members of the PDP in Anambra to remain united and refrain from politics of bitterness and acrimony especially as the party prepares for the November 6 governorship election in the state.

Metuh, who arrived to commission the New Nnewi North PDP Secretariat amidst cheers from loyal party faithfuls, also expressed happiness for the progress made in Nnewi North.