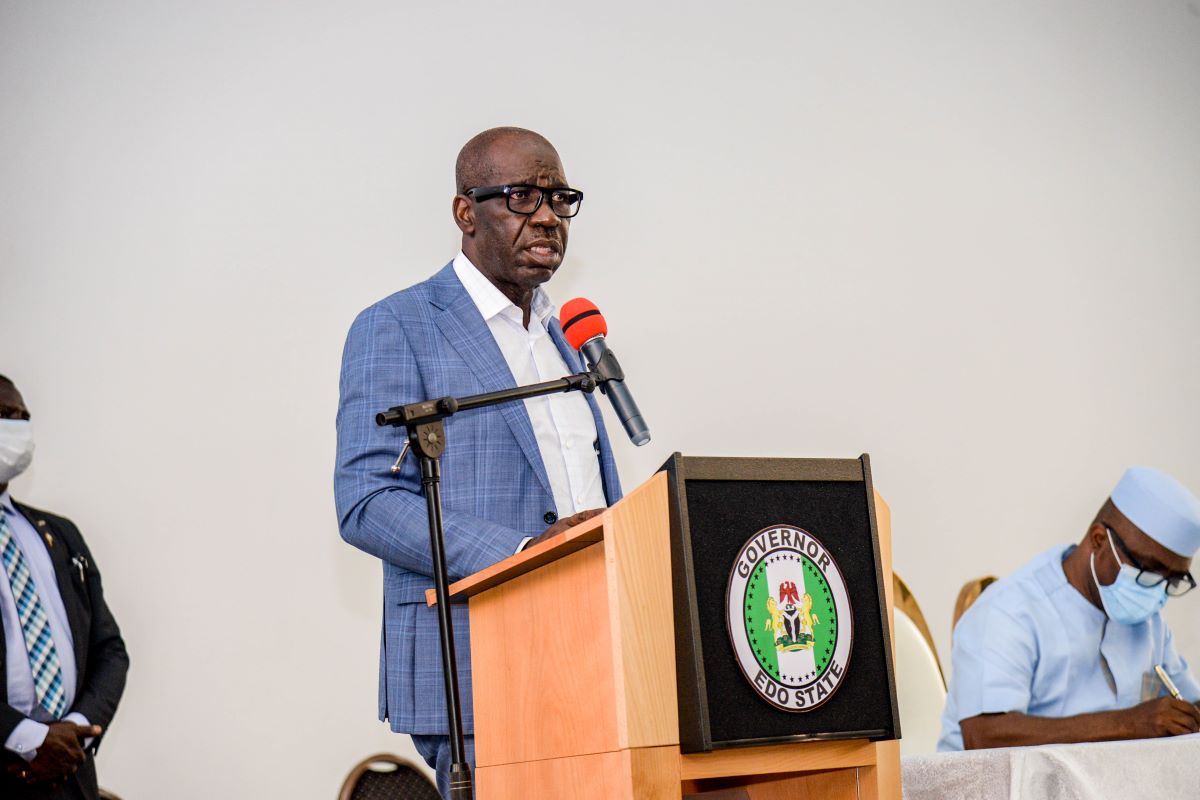 A few years ago the Edo State Government wanted to sell the Edo House on 1225, Ahmadu Bello Way and 1225 Bishop Oluwole Street, Victoria Island, Lagos. The Edo State government precisely in 2013, announced plans to sell the house and use the proceeds to develop Edo State. The government promised it will utilise its economic value for the overall good of the people of Edo State.

But the proposed sale came under frontal attack by stakeholders who were opposed to the idea because it would amount to selling one of the many legacies, Edo state inherited after the breakup of Bendel state into Edo and Delta.

At that time the Edo House was valued at N3.5 billion  and was the most priced asset of the state. With a large army of  qualified Estate Valuers of Edo State origin who were not given the opportunity to partake in the process, many suspected foul play. Others felt that the botched sale of Edo House was designed to meet the interest of a top government official who was acquiring the property for his personal use.

Stakeholders suspected foul play when an advertorial placed in national dailies for the sale of the property stated that “the client has no obligation to accept the highest or any bid”. Yet the government said its reason was to get more money, but rejected the highest bid!

Just now the news is all over that the Edo State government under the leadership of Governor Godwin Obaseki who has failed to unveil an Executive team one year after he was elected has sold the Edo Library Complex and the age-long State Ministry of Agriculture and Natural Resources to a multinational firm.

Edo Library Complex is located along Sapele Road and opposite Imaguero College, Benin City while the State Ministry of Agriculture and Natural Resources in existence since the excision of Midwest State from Western region is on Central Road, in the state capital.

The Library was relocated from its former premises at New Lagos Road, Benin City to a more Central location to allow for easier access by the government of Chief Lucky Igbinedion. He ensured that on commissioning it had the best library facilities in the country to the extent that people come from far and near for research work.

Edo Library was the envy of other states as it had a branch in every local government headquarters across the three senatorial zones. The library system so flourished that it was explored by legal luminaries, the poor and the wealthy persons.

With a board of its own, it was to be merged with the Ministry of Education under the supervision of the Commissioner of Education and its deterioration began. Students and others were made to pay  before they could use public libraries in the state.

Poor funding became its lot and qualified hands left. And the Library complex, became dysfunctional without electricity, water but with old staff and old obsolete books. Most of the books in the branches are worse hit with very outdated, and out of stock books. Government stopped supplying books, claiming workers were stealing them.

This is the sad tale of Edo Library whose complex, Mr Obaseki wants to sell along with the MANR. He has not told anyone why he is selling the places. He did not even announce plans to sell the place and use the proceeds to develop Edo State. He has not said he plans to utilise its economic value for the overall good of the people of Edo State.

The market value of the two complexes has not been published online or offline as there are reports that it is one of the most under-priced assets of the state. Estate Valuers of Edo State origin were not given the opportunity to partake in the covert process, leading to their purported sale. There are very strong undeniable insinuations that sale was for a top government official who is acquiring the property for his personal use.

There was no advertorial placed in national dailies for the sale of the properties for interested bids. This is horrendous and must be stopped. Selling Edo Library without any due process is bad on its own not to mention selling it to a foreign firm like ShopRite that has packed and left many Nigerian cities in recent times.

What is the investment sense or economic wisdom in selling Edo library complex built with tax payers money to this private company? How can ShopRite be Obaseki’s problem right now? If he is so keen on having the trading firm in Benin City, common sense would say make use of the land beside Dumez Road which the previous administration was planning for the same purpose. Edo people are waiting and watching for Governor Obaseki to come out publicly to speak to this issue. He cannot hide under the toga of bringing investment to the state to fritter away our assets. Anything else is illegal. Enough is enough.