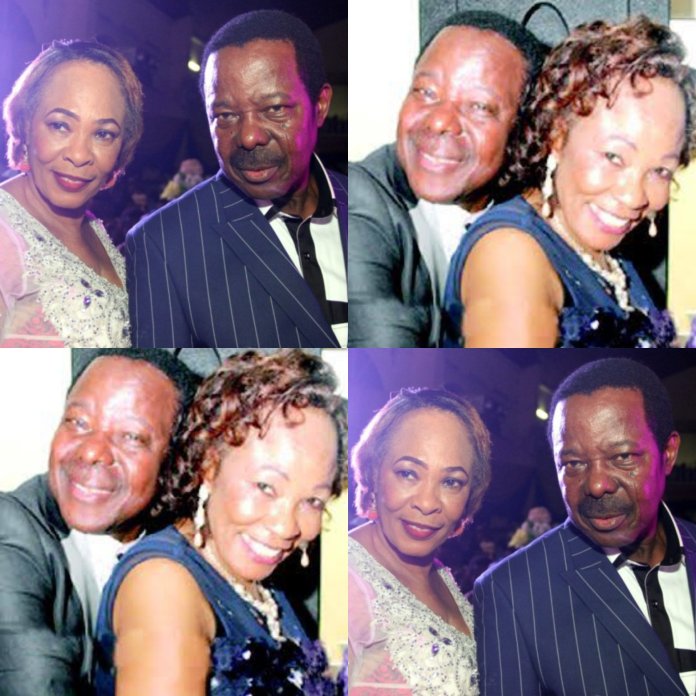 Speaking at a media briefing in Lagos on Thursday, KSA told journalists that the deceased would be laid to rest next Wednesday, September 29, 2021 after lying her in state. It was also revealed that the late wife laid down her buiral plans before she died.

Describing the deceased as his ‘angel’ KSA said, “I thank God for everything because he knows more than everyone of us. Risi’s death was a big loss for me and my family. It is indeed a trying time. She was more than a wife to me. She was an angel and I always called her my baby. She was a wife and mother that every good man and child must have.

With a heavy heart, we announce that she would be buried on Wednesday, September 29 after lying in state. She will be buried by Ebony funeral homes in Lagos.” I am overwhelmed by the outpouring of love and support from everyone since I lost my wife. I appreciate everyone.

Also present at the briefing was son of the deceased, Mr. George Folarin Agegeye, who told reporters that he was still in shock following his mom’s death. Shedding more light on the funeral arrangements, he revealed that the burial was planned early based on the deceased’s instruction.

He said, “It is a painful experience. I’m yet to believe my mother is no more. We will bury her on September 29 while celebration of life would take place on December 19. We cannot embalm her till December because she gave an instruction that whenever she goes home she should not be embalmed, and that is why we have to bury her as soon as we would.”

He added that the planned commissioning of his mega lounge and club house, The Royal Majesty Place, at Magodo, Lagos, which was earlier billed to hold on October 1 has been postponed indefinitely.

“This magnificent edifice you are seeing here would have been commissioned amid fanfare on October 1 but this unfortunate incident has led to it’s indefinite postponement. Business is no longer my priority at the moment. My sole concern right now is to give my mummy a befitting burial,’ he added.