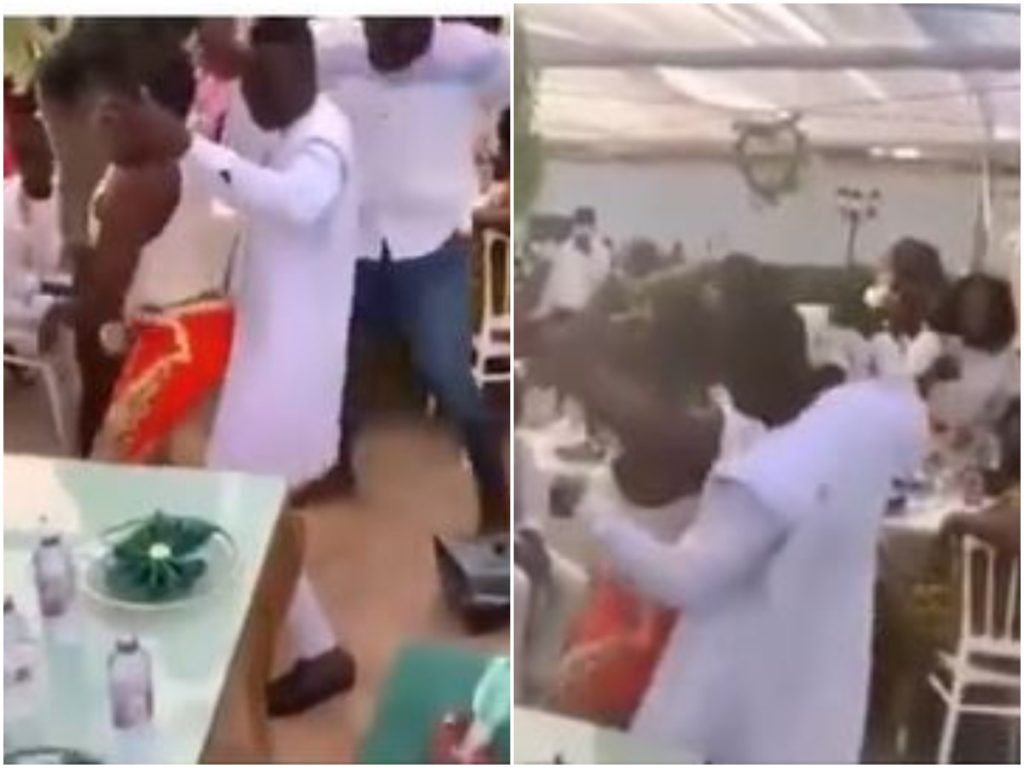 The video of a groom abandoning the newly wedded wife to dance with a wedding guest during their wedding reception is generating sharp reactions online with Nigerians giving strong disapproval to the conduct of the groom.

In the video which recently surfaced online, the groom was seen leaving his wife seating beside him to embrace and dance warmly with an unidentified lady.

While it was the view of some that the marriage which had just been contracted was not sure to last, it was the opinion of some others that what the lady got was what one was bound to receive by condoning past disrespectful actions.

See how online viewers of the video of the groom abandoning his wife to dance with their wedding guest:

chyo982 wrote; Am so embarrassed on behalf of the bride?… May we not marry a man that ll disrespect us privately and publicly

website__mobileapp__developer wrote; “This is not cool. Respect your wife.”

Still reacting to the video of the groom abandoing his wife to dance with their wedding guest, others said:

beyondstyle_collections wrote; “Some women will know a man doesn’t respect,yet they will go ahead & marry him.”

chinye_chukwuweike wrote; Something was very wrong before they got married, she took it, something is still wrong, she’s taking it… it is all wrong.

It is, however, not known where the incident of the groom abandoning his wife to dance with their wedding guest took place.