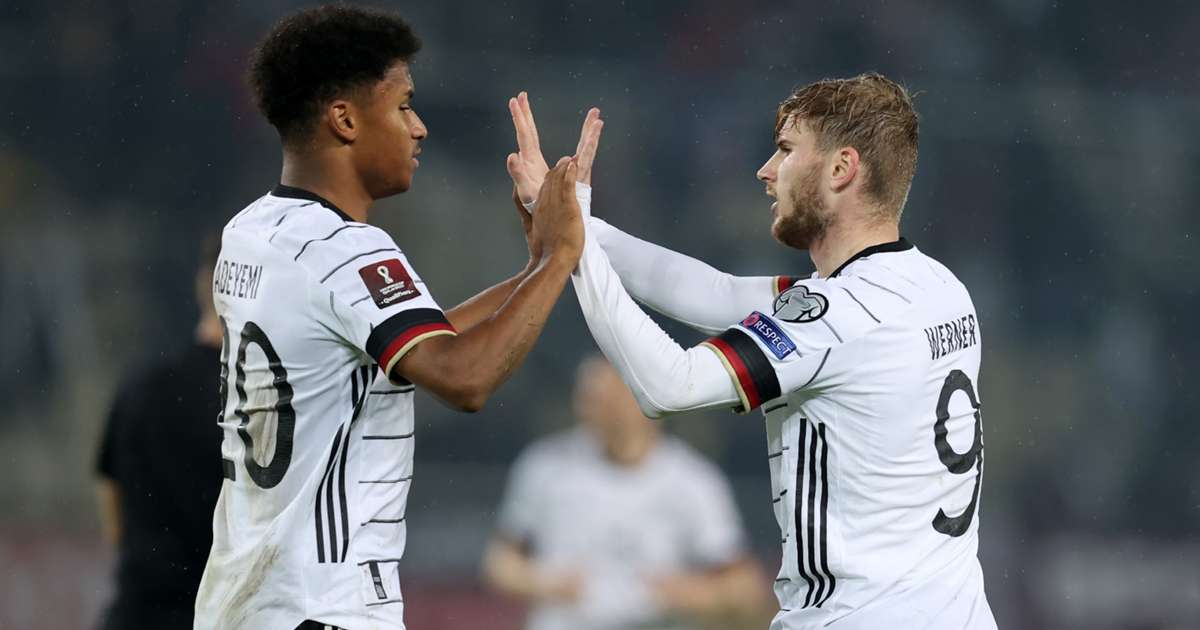 Timo Werner scored a double as Germany became the first team to qualify for the 2022 World Cup thanks to a 4-0 win over North Macedonia in Monday’s Group J clash.

Hansi Flick’s side – who have now won all five games under their new head coach – seized the early initiative at the Tose Proeski Arena, with Timo Werner denied by the woodwork as the visitors registered 15 first-half shots.

However, Kai Havertz broke the deadlock after 50 minutes before Werner added a quickfire double to put the game out of the hosts’ reach.

Jamal Musiala then added a late fourth and, with Armenia dropping points against Romania, Germany claimed an unassailable eight-point lead at the summit to qualify for Qatar 2022.

Havertz teed up both Joshua Kimmich and Thomas Muller in the opening stages but neither could beat Stole Dimitrievski with headers before Darko Velkovski nodded wide at the other end.

Serge Gnabry then poked narrowly wide and Werner, who was earlier denied from point-blank range by Dimitrievski, struck the left-hand post as Germany failed to make their 76.5 per cent first-half possession pay.

Flick’s team, however, opened the scoring after the interval as Muller raced onto Gnabry’s throughball before squaring for Havertz to tap into an empty net.

Werner was unfortunate to not double the lead after a ricochet off the North Macedonia goalkeeper 10 minutes later, but the Chelsea forward made amends.

Muller collected his second assist as he slotted through for Werner, who rifled an unstoppable right-footed volley into the bottom-right corner before curling into the same corner three minutes later following Florian Wirtz’s offload.

Gnabry should have added a fourth but he could only volley over from Muller’s chipped pass, though Musiala latched onto fellow substitute Karim Adeyemi’s ball to roll into the bottom-right corner and seal the victory.