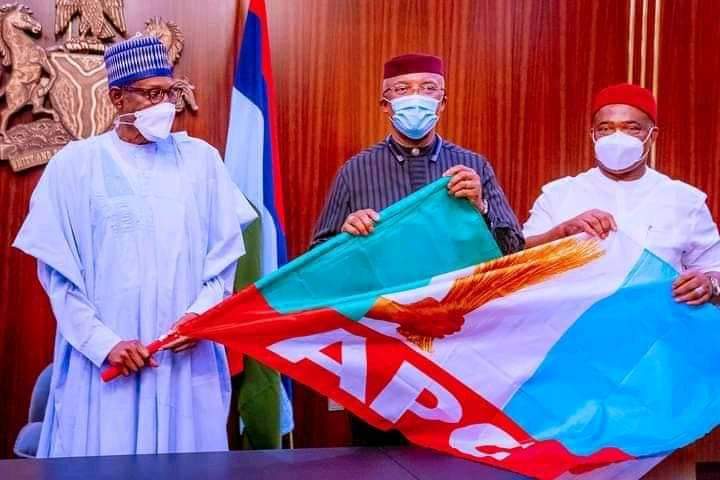 It was the latest strike at the Chief Willie Obiano led APGA which has seen the bulk of the leadership defect from the party to the APC.

Okeke who has been described as the most marginalized deputy governor in the history of Anambra State was received into the APC during a visit to President Muhammadu Buhari. He was escorted to the president by the chairman of the National Caretaker Committee of the party, Mala Buni, the governor of Yobe State.

Also in the entourage was the governor of Imo State, Senator Hope Uzodimma.

GreenWhiteGreen GWG reports that Dr. Okeke’s future in APGA had become a matter of guesswork after he boycotted the inauguration of the APGA campaign last month.

Reflective of what has been described as the marginalization that may have pushed him to the APC, the Anambra State deputy governor was not given a role in the APGA campaign and is not a member of the campaign council that remarkably has the wife of the governor as a ranking member.

It is the first time in the history of the state that a governor and his deputy will be in different political parties.