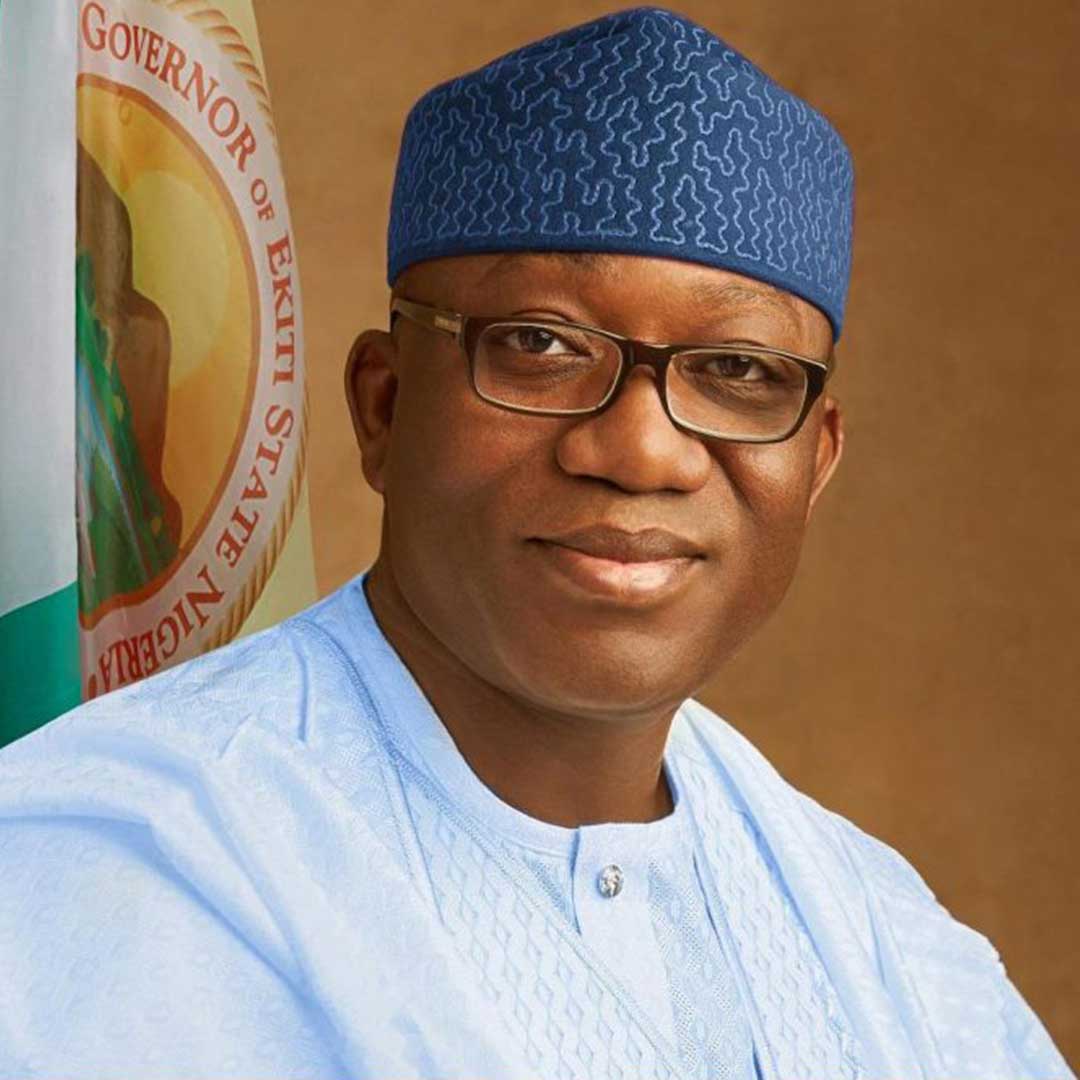 Recall that GWG had earlier reported that Fayemi pointed out that one of the cheapest and fastest ways to handle this was to amend the law setting up the scheme.

According to him, if NYSC ‘corpers’ are converted into soldiers, they could be deployed to fight against Boko Haram terrorists, bandits, separatists and so on.

He added that corps members, who cannot join the military services, can serve in their communities without pay.

But reacting, some Nigerians on social media urged him to lead by example by bringing his children abroad to join the military.

Here are some comments gathered by GWG;

@abeesoyeh, ”I just hope all your Children would also be among the troop to fight the bandits. Wicked souls after siphoning all the funds meant for the masses, your next agenda is to start your suicide mission.”

@opeyemibanzini,” When will these folks stop treating NYSC as the panacea to all Nigeria’s problems. Can’t they just leave these graduates to face real-world post-graduation uncertainty in peace!”

@holluwaphemmy88, Dear@kfayemi one of the qualities of a good leader is leading by example. Will you be kind enough to bring one of your children just one, not two to join in beefing up security?”

@dbassboi, ”After all the sufferings in school, when it’s now time for parents to reap their labour, they should lose their sons and daughters to the hand of Bokoharam and bandits. You have children also, Mr. Fayemi, Please recruit your children to fight them.”

@Dot_E_Fresh, ”Insane. Fayemi is better than this. Sensible people like him and Fashola seem to lose their marbles when they get near the levers of power.

@adresbello, ”This is pure madness. Why don’t you lead by example by bringing your kids to join this security training grounds.”

@DopplerFilmz, ”Looking for people’s sons and daughters to kill in an avoidable war fuelled by Islamists expansionist agenda and corruption.”

@magnus_coker, ”Some suggestions to Gov. Fayemi of Ekiti State: 1. His children should be at the forefront of this security campaign.

2. He and other governors should reduce the number of DSS operatives, Police personnel, and Civil Defense personnel on their security detail.”

@O_basslet, ”APC is a curse. Fayemi wants the FG to recruit Corps Members as security personnel. Tinubu wants to recruit 50M youths into the army. Are you people okay?”

@SodiqTade, ”Osinbajo is their best choice in that party for the sake of the country if at all APC get to rig the 2023 election successfully. I can’t have Tinubu who believed in 50m battalion or Fayemi that believed Corp members should be used to beef up the country security.”