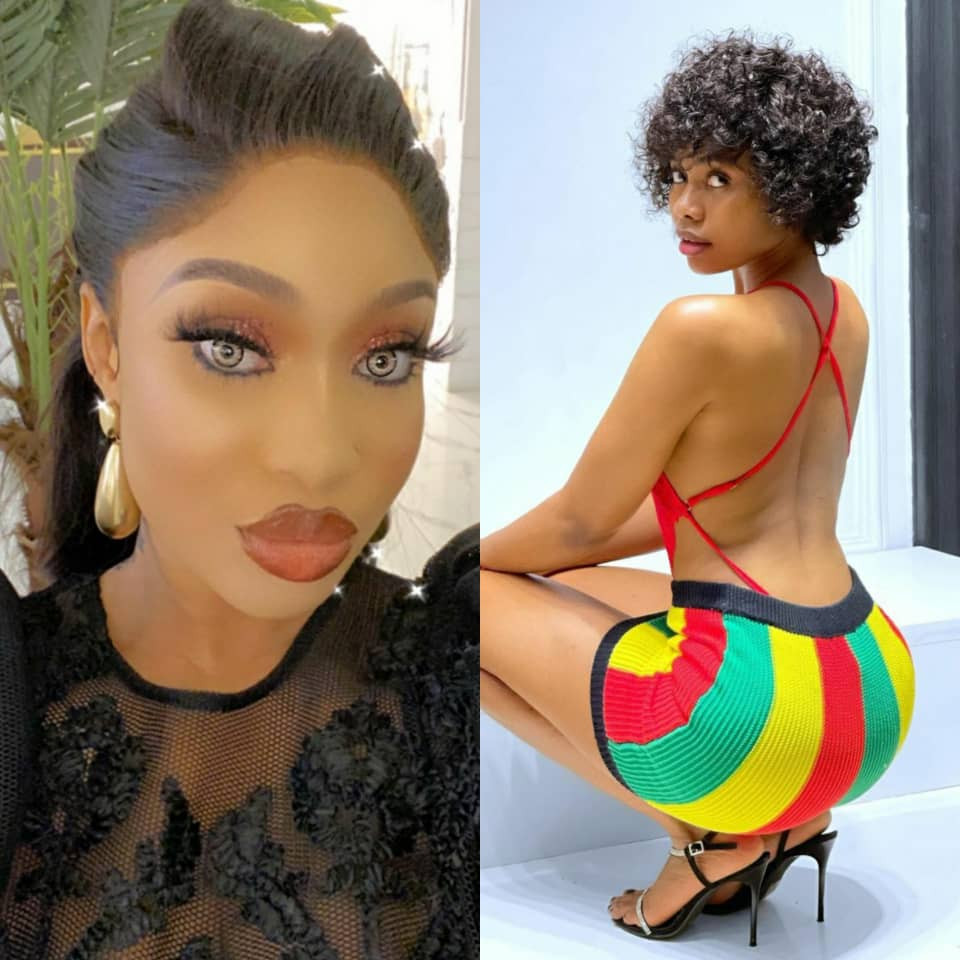 Nollywood actress, Tonto Dikeh has shown that she is not backing down following her feud with popular Instagram dancer Janemena.

It has been drama back to back on social media after Tonto Dikeh disclosed that she has a sextape of her ex-boyfriend, Prince Kpokpogri and Jane Mena after their relationship went sour barely two months ago.

READ ALSO:ton“I Dare You To Release My Sex Video” Janemena To Tonto Dikeh

Janemena who at first was mute suddenly made a U-turn and decided to take legal actions against the popular Actress.

Janemena demanded N500,000,000 as compensation and a public apology from the Actress.

In her reply, Tonto Dikeh said the money she’s demanding is what she uses for giveaways on social media.

The Nollywood actress further insisted that there’s indeed a sextape of Janemena. Reacting to this, Janemena dared the actress to post the said sextape.

In a recent update on her Instagram page, the actress claimed that some lawyers have reached out to her begging on behalf of Jane Mena. She warned them to stop calling her.

She further bragged that she is not called a king in vain.

She wrote: “Dear lawyers stop calling me to beg on anyone’s behalf… Do what you are paid to do, THEY DONT CALL ME KING IN VAIN??‍♀️”

Here’s a screenshot of the post Tonto Dikeh made;

Related Topics:JanemenaTonto Dikeh
Up Next

How To Look Well-Rested When You’re Fagged Out