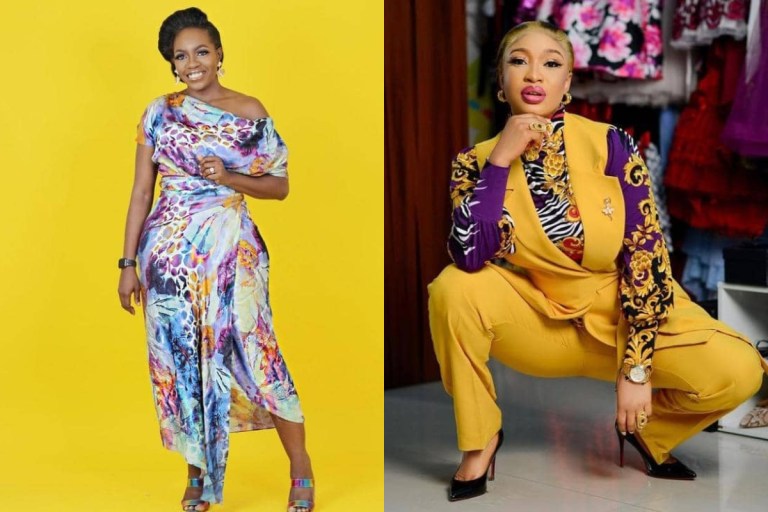 Following the breakup between Tonto Dikeh and her now ex-boyfriend Prince Kpokpogri, a can of worms was opened.

READ ALSO:“I Am Not A King In Vain”- Tonto Dikeh Brags As Feud With Janemena Continues

One of such is the sextape issue involving the trio of Janemena, Tonto Dikeh and Prince Kpokpogri.

It is no longer news that Janemena has sued Tonto Dikeh for criminal defamation while requesting for five hundred thousand naira as exemplary damages.

Reacting to this, Shade Ladipo advised Tonto Dikeh to focus her fury on the man who hurt her as she claimed Janemena is not at fault but her ex-boyfriend, Prince Kpokpogri.

Check out some reactions below;

@officialjovi wrote; “Is it not Janemena that looked for her trouble by filling petition against her, do you expect her to keep quiet?”

@sbnmichael wrote; “I just know say this one must put mout Madam Watin concern you ? Is it your fight? Some times just leave two adults to settle their issh by themselves It’s not even like you wanna help them solve their issues ooo You want just tal”

@officialbobbyfrederick wrote; “True she’s taking the anger out on Jane because Jane refused to crawl inside her shell knowing she’s throwing stones comfortably in the glass house she is living in ??”

@onismate wrote : “I am beginning to think this Shade ladipoe is the female version of Uche maduagu in an upgraded manner”