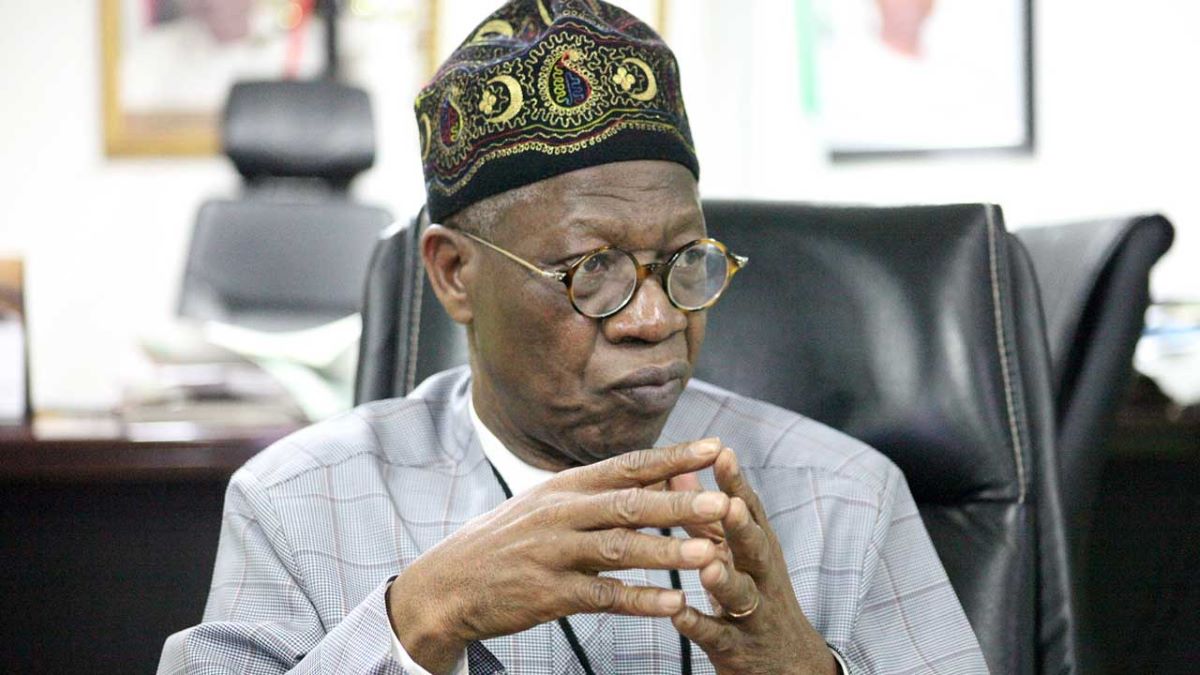 Lai Mohammed the Minister of Information and Culture, has said the Indigenous People of Biafra, IPOB, and Boko Haram insurgents cannot be compared to bandits.

Mohammed said the bandits are incomparable with IPOB and Boko Haram because they cannot be attached to a religious or an ideological goal.

According to Lai Mohammed, armed bandits wreaking havoc across the North-Western part of the country are just simple criminals who believe in Nigeria’s unity and sovereignty.

The minister spoke on TVC’s ‘This Morning’ on Monday.

He said, “The difference between IPOB, Boko Haram on one side and bandits is that, while IPOB and Boko Haram are driven by ideology, a belief that they don’t want to be part of Nigeria, bandits have no flags.

“Bandits have no flag. Bandits are simple criminals. There’s no difference between bandits and other criminals other than their ferocity.

“Bandits have never said they don’t believe in Nigeria, they are just pure criminals.”

Lai Mohammed’s statement is coming less than ten days after he denied that there is preferential treatment between the groups advocating separation from the country and bandits, especially in the North West Zone.

Related Topics:BanditsIpobLai Mohammed
Up Next

Tributes Pour In As Colin Powell Dies Of COVID-19