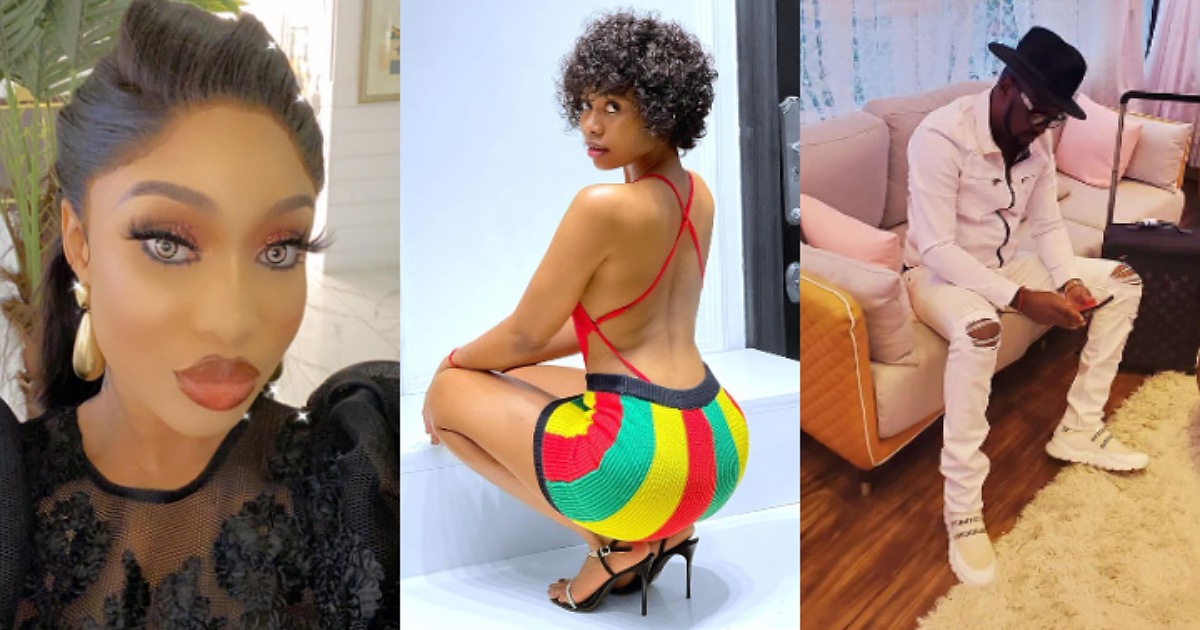 Joseph Egbri aka Prince Kpokpogri, the controversial ex-boyfriend of Nollywood star, Tonto Dikeh was on Wednesday released from police detention after being arrested at Transcorp Hotel Abuja for purportedly pointing a gun at Tonto.

However, Kpokpogri immediately went on Instagram late on Tuesday moments after to deny the well circulated story o his arrest. He also dubbed the voice note where he allegedly confirmed a sexual interactions with Jane Mena as fake.

GreenWhiteGreen GWG had reported that Kpokpogri was arrested at the Transcorp Hotel Abuja in the wee hours of Tuesday after a faceoff with Tonto Dikeh and some policemen.

The police in anger at what was claimed as his violent conduct decided to keep him in detention for sometime to enable him “regain his sanity.”

However, Kpokpogri after his release late on Tuesday in a video interview denied he was ever arrested saying:

“I don’t want to talk about the matter, but the most important thing is that you can see that I am talking to you from my house.”

On the claim that the pictures of his arrest were photoshopped, he said:
“They were all photoshopped, you can see my house now, I am in my house, so disregard those information.”

On the voice note where he was alleged to have claimed that any thought of the dancer, Jane Mena aroused him under, he replied, “they are all fake, they are fake.”

His response triggered several reactions from followers on his Instagram page with the majority dubbing him a liar.