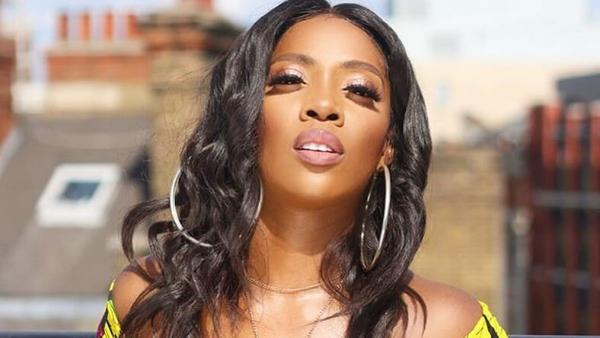 Despite the swirling controversy around her following the leak of her sex tape with a yet unidentified lover, Tiwa Savage, on Wednesday boldly came out to identify with the memorial of the Lekki Toll Gate shooting a year ago.

In a post on Instagram, Tiwa Savage shared a video of one of her songs “Who Gave The Order?” which she sang at the 2020 MOBO Award back in December 2020.

GreenWhiteGreen GWG reports that Tiwa Savage was part of the celebrity crowd that showed solidarity with the protesters at the Lekki Toll Gate before the invasion of October 20, 2020.

Alongside other celebrities including Falz, Davido, Charly Boy, Macaroni and several leading stars she made her contributions in the campaign to end police violence under the aegis of the #EndSARS campaign.

The contributions of the stars have been lauded by one of the organisers of the Lekki Toll Gate protest, DJ Switch.

The intervention of Tiwa Savage into the Lekki Toll Gate memorial came amid her personal troubles that flowed from the leakage of her sex tape with an unidentified lover.

Her post of the video “Who Gave The Order?” was followed by comments from friends, fans and foes who either expressed solidarity or those who used the opportunity to mock her over the sex tape scandal.