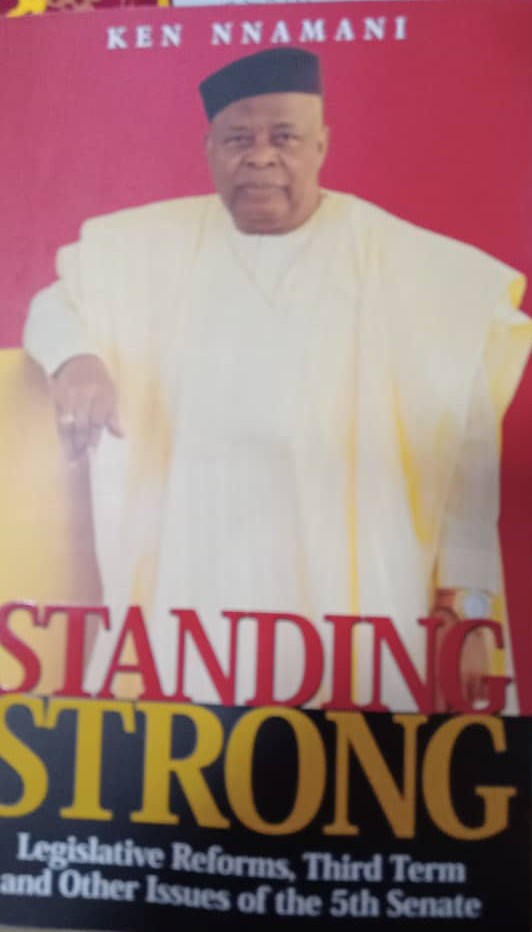 STANDING STRONG: Legislative Reforms, Third Term and Other Issues of the 5th Senate, the recently published book of Senator Ken Nnamani, President of the Senate of the Federal Republic of Nigeria from 2005 to 2007, will be presented to the public, Thursday, October 21, at the International Conference Centre, Abuja.

President Muhammadu Buhari is the Special  Guest of Honour, while the former Chief of Army Staff and former Minister of Defence, Rtd. Major General T Y Danjuma is the Chairman of the occasion.

The book, which details Senator Nnamani’s time as Senate President and the reforms he brought to the National Assembly such as bringing more openness to legislative work in the 5th Senate, also gives a blow-by-blow account of the attempt to amend the 1999 Constitution to allow for a third term for then President Olusegun Obasanjo, a proposal  which crashed on the floor of the Senate under Nnamani’s watch, to the delight of Nigerians.

Ken Nnamani’s book, Standing Strong also addresses the travails of leadership in Nigeria, the importance of executive-legislative balance, the dangers of the corruption of political processes, the passing of the Freedom of Information bill, the ceding of the Bakassi peninsula to Cameroon and other pressing national matters of the time.