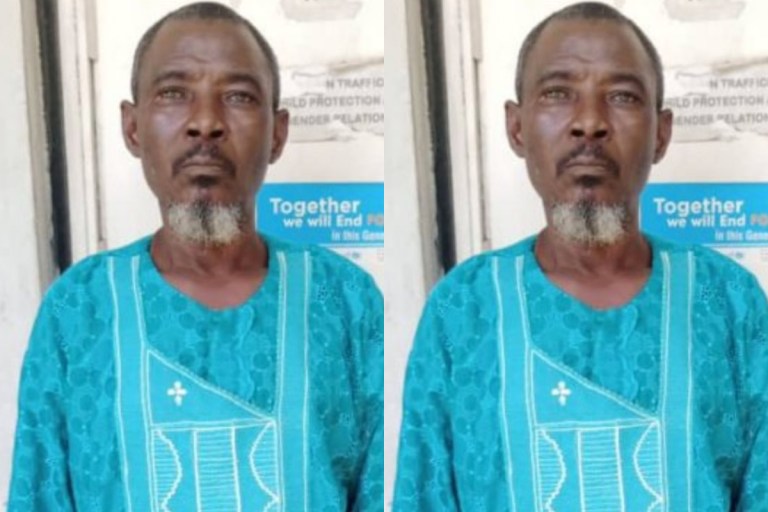 A 61-year-old man has been apprehended for deflowering and defiling a 15-year-old girl continuously for a period of four years.

The unfortunate incident happened in Oyo State and the 61-year-old man is in the net of the Nigeria Security and Civil Defence Corps (NSCDC), Oyo State Command.

The man identified as Alfa Olayiwola Rasak has been dragged to court for allegedly raping the teenage girl.

This was confirmed by the command’s spokesperson, CSC Oluwole Olusegun in a statement stating that the suspect was apprehended for defiling the minor.

It was also disclosed that the suspect had continuously raped the girl for over 4 years adding that he was even the one who deflowered the girl when she was just 11 years old.

While in court, the suspect pleaded guilty and he was remanded in Abolongo correctional facility with the case adjourned to November 8, 2021.

Some reactions from Nigerians are;

manlikechisom – Why do they always have same face?

iam_amarauba – Are you f*cking kidding me?? And she never spoke up??

oddy_travelandtours – Lock that man up immediately!! He’s upto something else