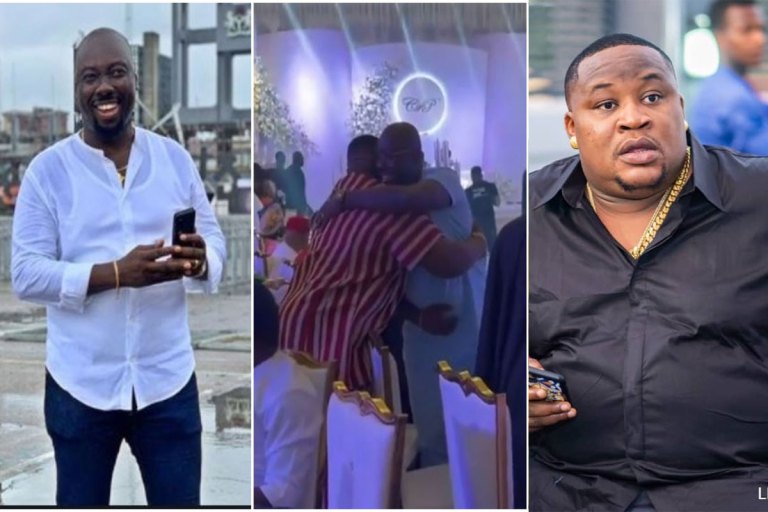 Popular businessmen Obi Cubana and Cubana Chief Priest have reacted to a viral video showing a Nigerian woman tattooing their names on her back.

The online video showed a tattoo artist inking the names of the celebrities on the lady’s back, and the process is said to have taken an hour.

The lady can also be seen proclaiming her love for the businessmen in another clip. The words “Obi Cubana Chief Prince” are tattooed on her arm, but the rest of the words are unclear.

The video has provoked amusing responses on social media, with some pointing out the obvious typo in the businessmen’s names.

Obi Cubana and Chief Priest posted their reactions to the video on social media.

Cubana Chief Priest stated that he is willing to hire the lady as a waitress in his club.

He wrote: “Make she come collect uniform do waitress job. Make she choose which branch she wan work. No be only Chief prince, na chief king”.