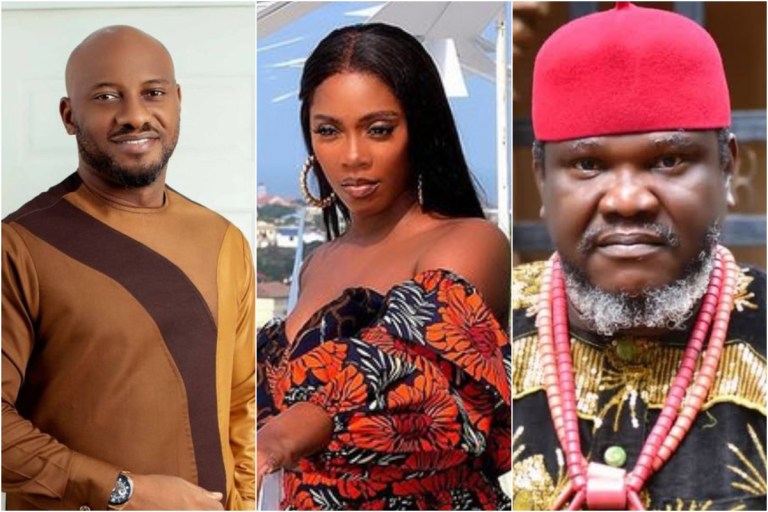 Popular Nollywood actor Yul Edochie and Ugezu J. Ugezu have taken to their various social media pages to weigh into the topic of Tiwa Savage’s sextape.

Recall that Social media was left in shock with the leak of the musician’s sextape which was leaked on Snapchat and later shared on Twitter.

Tiwa Savage was trending on Twitter number 1 a few days ago as almost everyone was talking about her sextape.

Few days after the news of Tiwa’s sex tape leaked online, actors Yul Edochie and Ugezu have taken to their social media page to give their two cents about the matter.

Yul Edochie has commended Tiwa Savage for handling the matter in the right way and also handling her blackmailers silently. He expressed joy in how Tiwa Savage said No to her blackmailers. He added that it takes great strength to do so. He stated that anything that doesn’t kill a man makes them stronger.

On the other hand, actor Ugezu has sympathized with musician Tiwa Savage and has urged her to stay strong. He added that although Tiwa made a mistake, no one has the right to judge her because no one is without sin.

Actress Patience Ozokwor: I Am Not Ashamed Of My Age