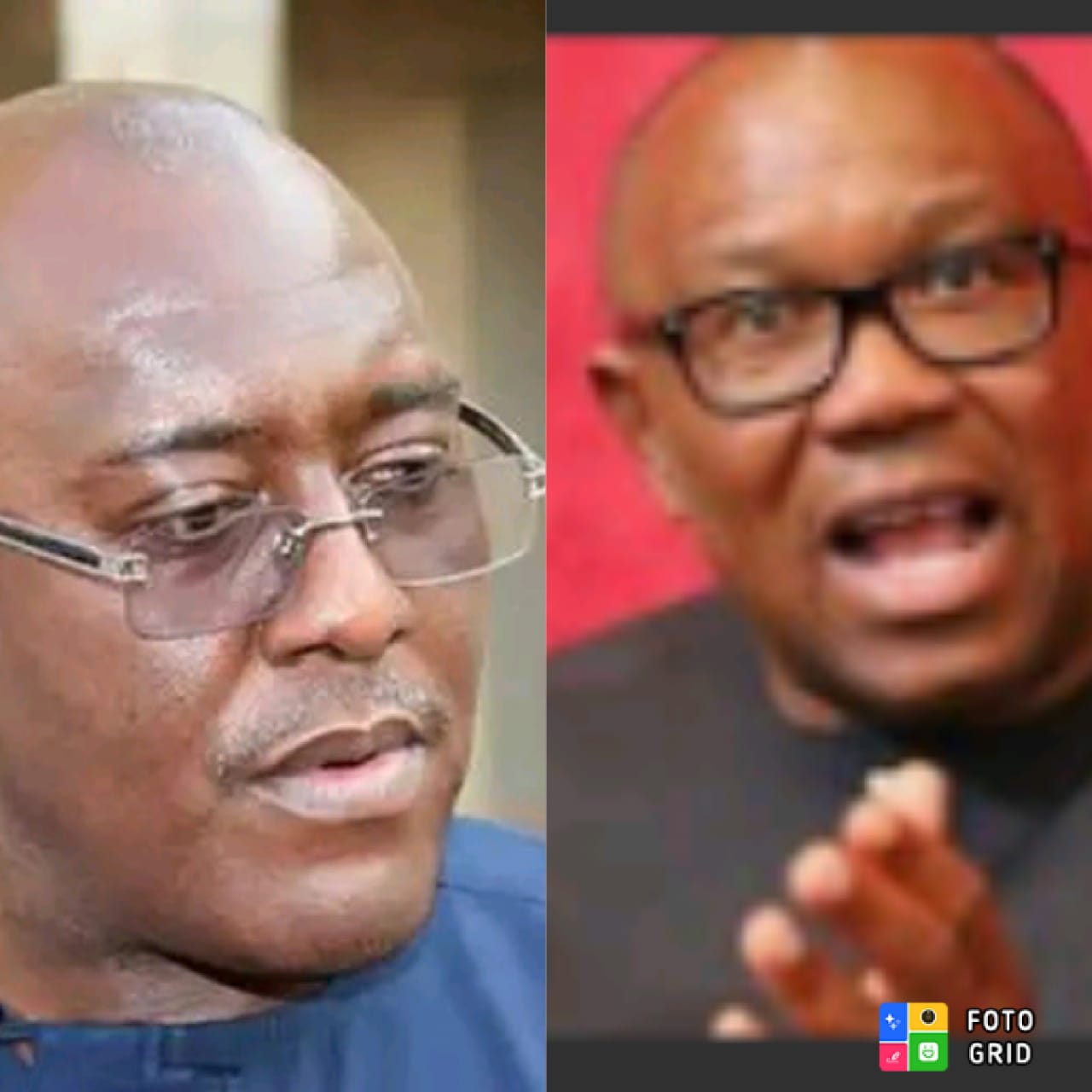 The attention of the former National Publicity Secretary of the Peoples Democratic Party (PDP), Chief Olisa Metuh, has been drawn to publications in certain section of the media, suggesting that he has personal issues with former Anambra state Governor Peter Obi, on the choice of candidate for National Auditor of the PDP.

For the avoidance of doubt, Chief Metuh has no personal beef with former APGA Governor, Peter Obi but only against the erosion of the democratic principles laid down by the founding fathers of the PDP.

While we concede to the former governor and acknowledge his stories on moral values to the general public, we are totally against his lack of consultation, dialogue and inclusion on matters affecting party administration; an area where he knows little or nothing about.

The fact is that in the South East caucus meeting of the PDP, Peter Obi himself led the rejection of a name put forward by Senator Ekwunife as candidate for the position of the National Auditor, wherein he openly stated that the person is not known to him and the PDP.

It is instructive to state that this position was re-echoed by the entire Anambra stakeholders present at the meeting except Senator Ekwunife.

However, 24 hours later, the same Peter Obi, a man said to be of very high moral standard, summersaulted to claim the adoption of the same name without any form of dialogue or consultation.

The issue is that it is morally wrong to support a man who has never participated in any activity of the PDP; a man who has never attended any ward, local government or state function of the PDP, for a position in the National Working Committee (NWC). Such a person will never understand the internal workings of the party for four years, and therefore renders the position an empty space or at best, redundant.

Fundamentally, one cannot be pontificating against the APC government based on moral grounds and at the same time be engaged in conducts which are falling short of acceptable standards. People cannot portray an image to the general public and come back to dent it on fundamental matters.

The PDP founding fathers established democratic principles of consultation, dialogue, equity and justice, and it is based on these tenets that a lot of people are still clinging on the PDP. Any erosion of these principles will affect the commitment and loyalty of party members as well as the viability of the PDP as an option and alternative to bad governance.

The PDP cannot be fighting the government of the All Progressive Grand Alliance (APGA) at the state level in Anambra, and the All Progressives Congress (APC) at the national level, and still engage in deceit based on consanguinity and affinity relationship.

It is on record that Peter Obi had the opportunity of supporting any PDP member, who is an accountant, but he sacrificed it, for whatever personal reasons by summersaulting to support a non-PDP member that he had openly rejected.

For emphasis, Chief Metuh is a founding member of the PDP. He has remained committed to the party despite all and cannot now succumb to the whims and caprices of a few individuals attempting to erode the basic principles of our belief in our great party.