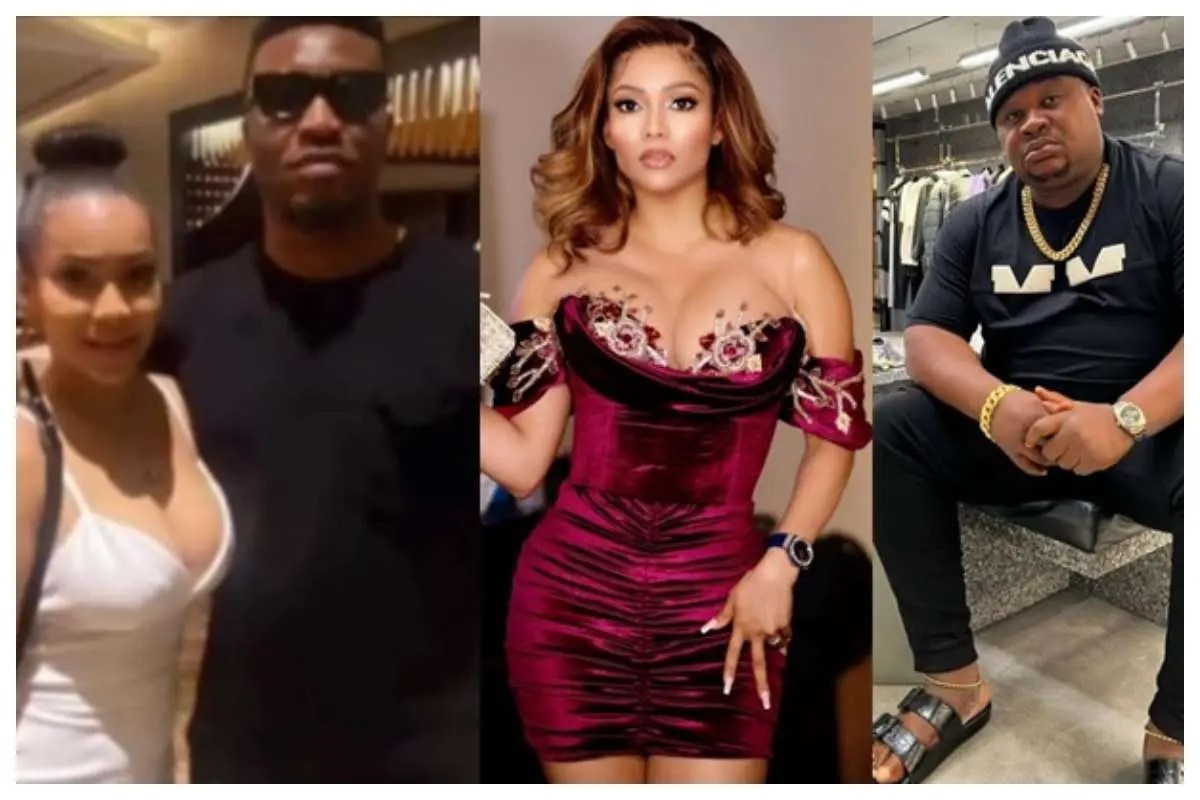 A twist to the husband snatching affair trailing BBNaija housemate, Maria Chike emerged late on Monday after a brother to Kelvin Anene, the man she was accused of stealing his wife entered the fray to counter the narrative from Cubana Chief Priest.

Meanwhile, Cubana Chief Priest has said that his sister, Maryanne Onyinyechi commenced divorce proceedings against her husband, Kelvin only in September following a visit to him in Dubai where BBNaija star, Maria Chike opened the door for her, wearing her husband’s shirt.

The Cubana Chief Priest made the assertion to debunk claims that the sister divorced her husband in 2018.

GreenWhiteGreen GWG had reported how Cubana Chief Priest stirred outrage on social media with his accusation of husband theft levelled against Maria Chike.

His assertion was followed by a response by a brother of Maria’s estranged husband, Energy Bank who debunked the allegations made by Cubana Chief Priest warning that his sister, Maryanne did a lot of unpardonable offences in her marriage to his brother.

Every family get Madman for corner wey just Dey hibernate. Man cheat and Woman been cheating since 1960. If we begin talk wetin your so called sister Dey do inside her marriage for public everywhere go scatter. Make everybody respect theirselves for this social media. @cubana_chiefpriest you went too far with this bullshit. You know nothing about loyalty or respect.

Meanwhile, rebuffing claims that his sister divorced the husband, Kelvin in 2018 allowing Maria to move in, Cubana Chief Priest said that to the contrary, that his sister gave up on the marriage only in September 2021 following the visit to Dubai and the realization that her husband Kelvin sponsored Maria’s Big Movement.

His assertion was to reiterate his claim that Maria was indeed engaged in a husband snatching move with her relationship with Kelvin who was married to Maryanne at that point.

”Divorce Was Just Served Barely A Month Ago, We No Dey Post Receipt With Ink Cover Slide To See Date, My Sister Gave Up The Marriage After Finding Out Kelvin Sponsored The Big Brother Movement And Also When She Came To Dubai To See The Husband Who Does Not Pick Calls Again And Low N Behold Maria Opened The Door For Her Putting On The Husbands Tshirt.

I Personally Gave Kelvin Who Managed Maria’s Account While She Was In Big Brother And I Also Intorduced Them To @pauloo2104 For Management, All We Ask Is Let Her Not Receive Threats Again She Has Moved Out Of Their Matrimonial Home In Owerri To Abuja Few Days Ago To Get A New Life, Let Her Be Respected. They Were Never Divorced Since 2018, She Just Started The Process Which He Is Yet To Respond”