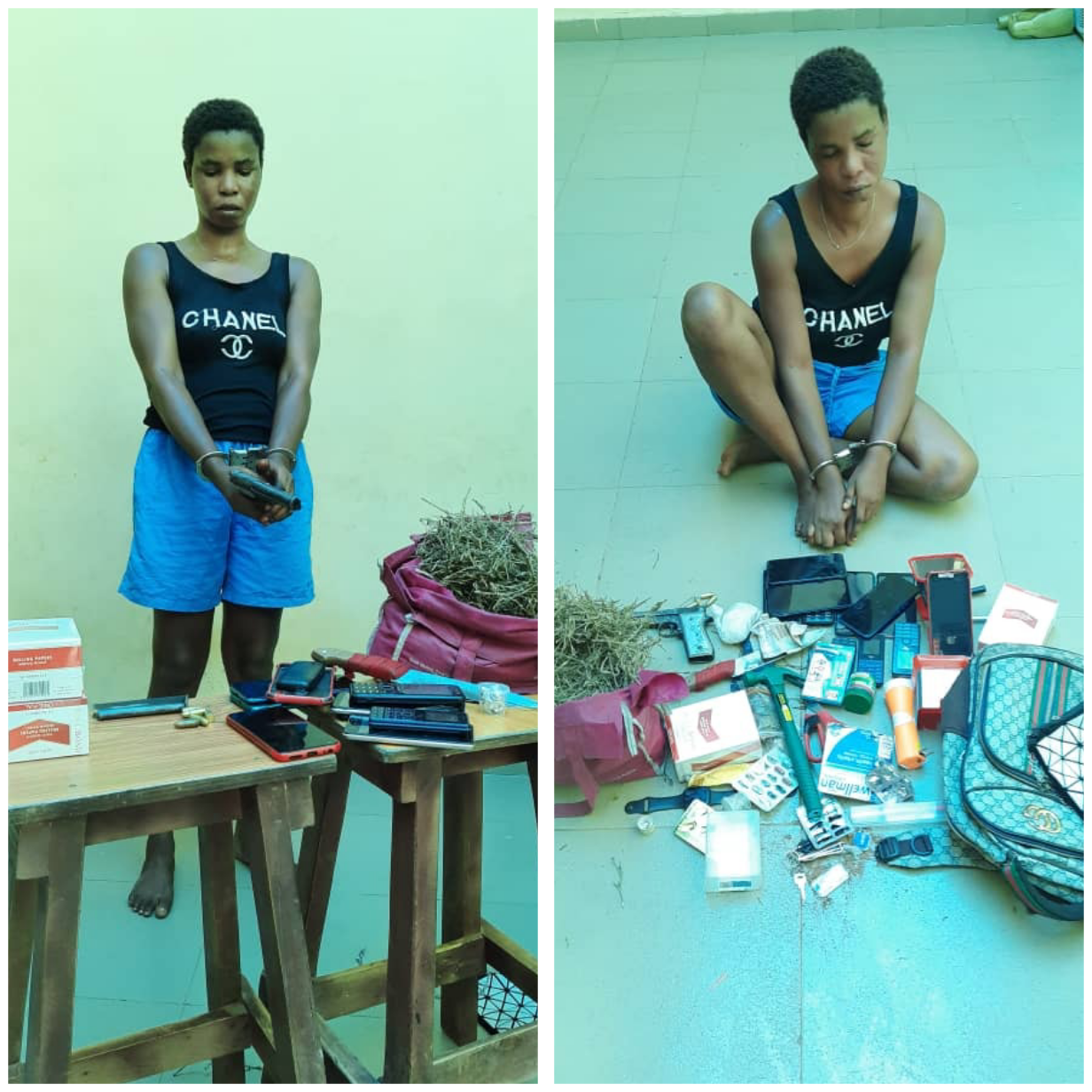 DSP Bright Edafe, Spokesperson of the command, who disclosed this in a statement on Monday, October 25, said that Oghule was arrested alongside three other suspects during a raid on a black spots at Abraka axis in Asaba.

“On 21/10/21 at about 1415hrs, the Command raider operatives in compliance with the directive of the Commissioner of police Delta state, CP Ari Muhammed Ali, FCIA, PSC+ raided black spots at Abraka axis in Asaba.

According to the PPRO, five suspected stolen phones, a bag containing substances suspected to be cocaine and Indian hemp were recovered from Oghule.