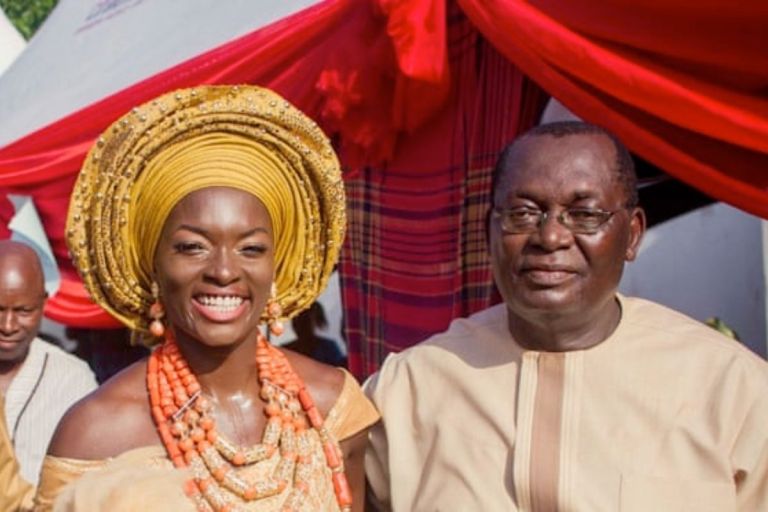 The daughter of late NAFDAC chief Professor Dora Akunyili, Chidiogo Akunyili Parr, says she doesn’t expect much in the way of justice for her father, Dr Chike Akunyili’s horrible death.

Recall that Dr. Chike was shot and killed along with his police escort and driver in Afor Nkpor in the state’s Idemili North Local Government Area on September 28.

READ ALSO:Mack Truck Kills One Injures Another In Uyo

In an interview, Chidiogo expressed hope that her father’s death will act as a wake-up call for all Nigerians to address the country’s challenges.

”My mother showed the power of just one person when she committed her career as a civil servant, notably in the regulation of food and drugs, to serving the most vulnerable, rejecting the temptation of corruption and any practice that ran counter to the needs of the people.

I hope my father’s death wakes up enough people for us to no longer be content to teeter on the edge but to reclaim the immense potential of this country in the vein of the mantra my mother championed: “Good people, great nation”.

Realistically, I do not expect much in terms of justice for my father’s murder.

The man who pulled the trigger is because we are that senselessness and injustice of his action, his anger, and his violence are because they are mirrored in the world around him. True justice will come if we address the problems that drive a man to commit such a violent act for no other reason than he can.

Things need to change. It starts with acknowledging what is broken, and with it, the values that contributed to that breakdown. The path forward is not only to dream a future we desire, but also to identify our various roles in achieving it.”’she said.

Related Topics:Dr Chike Akunyili
Up Next