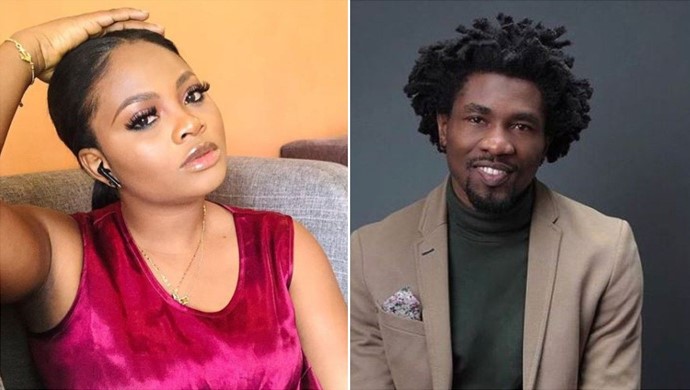 Former BBNaija housemate Tega Dominic has reacted to claims that fellow housemate Boma told others while in the house that her vagina smells like a fish.

Recall that Boma and Tega Dominic found themselves in a very compromising state while in the BBNaija house and Boma claimed at some point that Tega’s vagina smells like fish which insinuated that they had sex in the house.

During a question and answer session some curious fans asked her whether what Boma said about her vagina smelling like fish was true.

She denied such claims and cleared the air on the issue. Tega said Boma never said her vagina smells like fish.

Tega said that they were playing question games and one was supposed to say something to trigger the next person and that was why he said that.