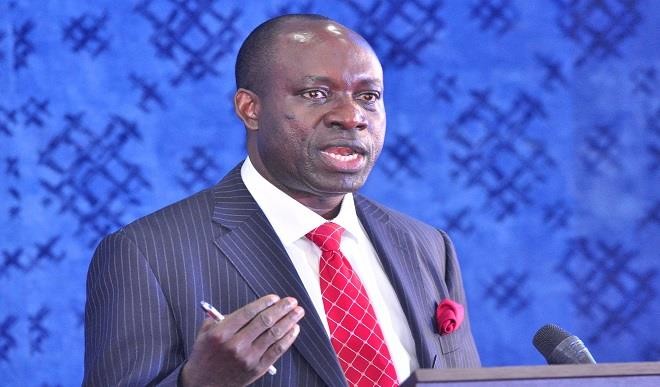 The nullification of the victory of David Lyon, the All Progressives Congress, APC candidate in the Bayelsa State governorship election of 2019 provides strong ground for the possible nullification of the victory of Prof Chukwuma Soludo, the victorious All Progressives Grand Alliance, APGA candidate in the recent Anambra State governorship election.

The point was deposed by Human Rights lawyer and activist, Dr. Jezie Ekejiuba in a memo sent to News Express, an online news platform.

GreenWhiteGreen GWG reports that Lyon’s victory was annulled following the disqualification of his running mate upon the irregularities in his name.

Noting the contentions over the form allegedly submitted by Soludo in which the victorious APGA candidate was alleged to have filled that he was running to be governor of Aguata, Ekejiuba who is President of Anambra State Association of Registered Voters (ASARVOTE), told the News Express:

“In my legal opinion this Prof. Soludo’s election form scandal is not a technical issue of law but substantial issue of law jurisprudentially speaking on this point alone: The office of Governor of Aguata II-Anambra does not exist under the Nigerian Constitution. What exists is the office of Governor of Anambra State. It is high time election candidates begin consulting lawyers as it is done overseas for the filling of election forms.

“In filling the form, Prof. Soludo failed to know the law that Anambra State is the legal term for Constituency for a person contesting for office of Governor of a state. He unknowingly filled as if what he was asked was his Constituency of origin which is Aguata II Constituency. The legal implication of what he filled in the document (form) is that he has filled that he is contesting for Governor of Aguata II-Anambra which under the Constitution does not exist. This is a substantial issue for determination by a court, certainly it is not a technical issue.”

On the authenticity of the forms, Ekejiuba said: “The document (election form) is a Certified True Copy (C.T.C) posted by a pro-Soludo supporter. It is an authentic form from INEC. The form for an election for office of Governor of a state is the root of title for the contest of the election for office of Governor of a state. The relevance attached to it by law is clear. See Supreme Court voided election of APC governor-elect’s mandate for Bayelsa State because of wrong name of his Deputy Governor-elect now enjoyed by second runners up Gov. Diri of PDP.”

He further said: “My submissions are not based on the above case for judgment on November 30, 2021 disqualification under Section 31 of the Electoral Act, but on any possible challenge of Soludo’s victory at the Election Tribunal on the grounds, not on qualification, but that APGA has no candidate through filling and submission of election form for election to office of Governor of Anambra State. That the Election form Prof. Soludo filled is for office of Governor of Aguata II-Anambra which is unknown to the Nigerian Constitution. This is my angle of submission. Although the above case will throw more light on the imbroglio, but to me it is a matter for an Election Tribunal not on qualification, but on APGA not having a Candidate for the election.”

Asked who stands to benefit in case Soludo’s election during the November 6 ballot is annulled, Ekejiuba said it would be the first runner-up, Valentine Ozigbo of the Peoples Democratic Party (PDP) – who, incidentally, has accepted defeat, and not the third-placed Senator Andy Uba of the All Progressives Congress (APC), who has vowed to challenge the election outcome.