How Buhari Can Teach Patriotism Inside Innoson SUV 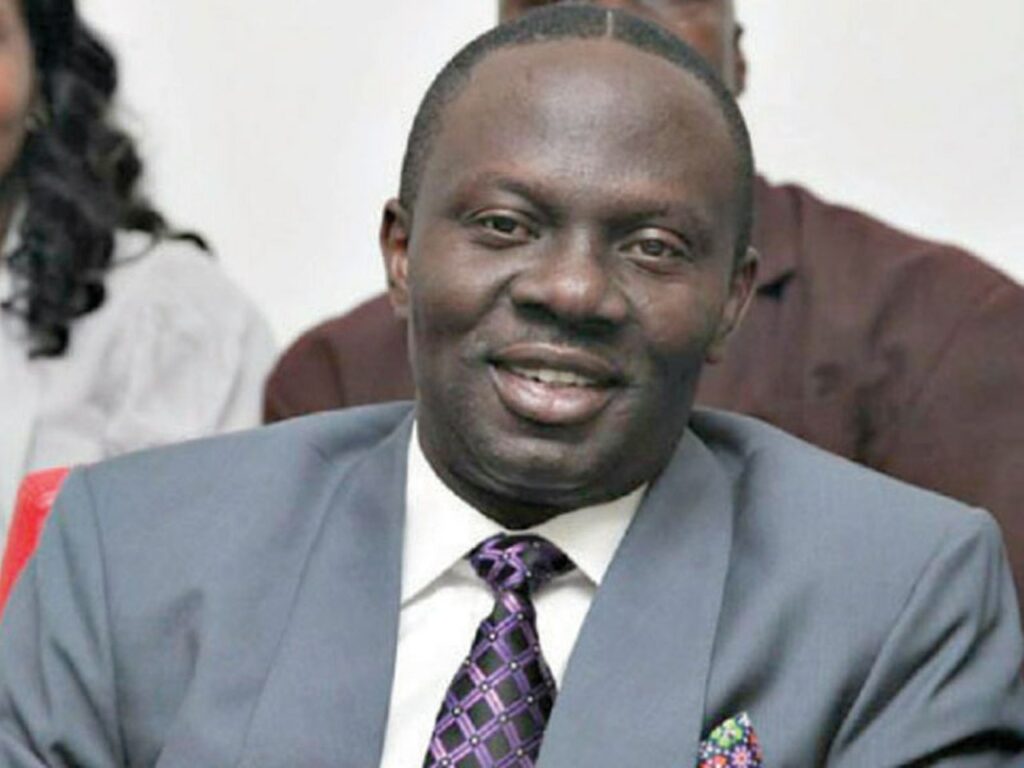 Femi Adesina, the Special Adviser to the President on Media and Publicity is fast becoming an irritant. The speed at which he deals a ridiculous blow to his emanations is symptomatic of what befalls spokesmen who are unable to gauge public opinion to reflect the realities on ground or those who for want of being sycophantic, often drum up praises for their failing bosses, by raking mud to distract the unsuspecting public.

In the case of President Buhari and his publicist, Femi Adesina, they have both become poisoned chalice in the hearts of most Nigerians. Their collosal failure six years on exposes the reason why the country is edging on like a rudderless ship, struggling to berth ashore.

Nigeria under president Buhari has become one dislocated, disjointed and disorganized entity, laden with landmines, with babel of voices in a heavily polarised country with no discernible national consensus.

His adherents call him Mr. Integrity and anti-corruption czar, but he organized and hosted so many Nigerians to an ostentatious wedding of his unemployed son where expensive items were freely gifted to attendees, at a time when 88 children were kidnapped in Kebbi State, and many other captives languishing in Nigerian forests. That was a most unconscionable thing to do, but if you ask further questions, his publicist will tell you something awful, out of sheer pretentiousness and unguarded arrogance, to cover up their hypocrisy.

The mood of the country was one that called for sobriety and quietude, a mournful mood in a country where blood flows like the uncharted course of a river from the north to the south, yet President Buhari remained undaunted as he led the scramble for attention in the remote settlement of Bichi, where his son had gone to take a wife.

A leadership that cultivates emotional intelligence would not have the presence of mind to execute such ostentatious gathering at a time that many families were in anguish because of mindless killings of their loved ones, and kidnap of school children in some parts of the North.

A publicist that validated the herders/ farmers crisis, saying it was better you surrendered your ancestral land to killer herders than lose your life, a matter of choice, kind of, is not one to be taken serious. But that is the tragedy we find ourselves when you reconcile Adesina’s latest pedestrian statement, (that the trio of Babangida, Obasanjo and late Abacha decimated the army), with the realities on ground.

With the hauteur of an intellectual snub, he tactfully, albeit un-intelligently tried to exonerate his present boss, who was more of a “political officer” than the three names he bandied.

He was not just a coupist who torpedoed a democratically elected government of Alhaji Shehu Shagari, he became Head of the military junta of that era and also served in Abacha’s government.

In responding to Adesina’s revisionism, I will resist the temptation of being drawn into needless undercutting of our soldiers who have been trying the best they can, under very difficult circumstances, to keep the country afloat. It is unarguably a statement of fact that President Buhari’s military is presently over-stretched. What he ought to resolve with simple dialogue and constructive engagement, he deploys bullets, bombs and bayonets.

What he ought to settle on the roundtable, he takes to Sambisa forest to shell bombs and canons. Rather than be under the protective arms of the Police, we are under the jackboot of the military. Let me ask a simple question. Is the army better off today? The answer is no. Are we still in the commanding height we were under Babangida in peace-keeping operations in the West African sub-region? The answer is no.

Can soldiers be kidnapped before now as being done presently? Which army is Femi Adesina talking about? The one that mauled down several members of the Shiites sect in Zaria and Abuja, allegedly killing the children of the leader, El-zak Zacky or the army whose Defence Academy in Kaduna, such a sacred environment, was violated by bandits, to the extent that a Major was kidnapped while another was killed?

Or the army that descended on #EndSars protesters?  Is it the army whose senior officers are being killed on a regular basis by kidnappers and bandits, to the extent that former Chief of Defense Staff Alex Badeh was killed in cold blood or which army is Adesina sycophantically talking about?

Is the Nigerian Army all about 12 pieces of Tucano Jets procured at such exploitive rate of $593m when compared to what Pakistan paid to own same number? What new innovations have you introduced in terms of increased salaries, allowances, and other conditions of service that would make the soldiers ready to die for their country?. Or didn’t we see protest in Borno at some point over poor services for our soldiers?

Or has Adesina not heard of several soldiers voluntarily retiring from the army, or others going on AWOL? Did Adesina not listen to the complaint last week about envelope budgeting that has become the lot of the military under this government? Or is he not familiar with news of sabotage within the system to the point that has dragged the insurgency battle beyond expected limit? Could it be that those in the Aso Villa are cut off from circulation and most probably are unable to come to terms with the oddities of our present deplorable situation?

Aside from the Tucano Jets, most military hardwares and equipment presently deployed in the fight against insurgents were those predominantly ordered and paid for under the previous government. Nothing spectacular under this present government that keeps pushing handouts to the military in the name of budgets.

The Nigerian Army under IBB attracted international praise for its stellar performance in Peace-Keeping operations and enforcement in Liberia, Sierra-Leone and Somalia. A tertiary school of government studies was named after IBB in Moronvia as a mark of appreciation for his intervention in securing that country. IBB drew close some of the best and brightest officers during his regime.

His military appointments reflected Federal character and his pan-Nigeria orientation. He was never accused of nepotism and hypocrisy which have become the second nature of this government. All the state-of-the-art military barracks in Abuja were built and equipped during IBB regime, including the comfortable seat of government called Aso Villa.

The DSS headquarters was also built by him, including the Supreme Court building adjacent to the Villa. The Defence College headquarters was built by IBB along with other training facilities in Staff College, Jaji. Visit Makurdi and see the infrastructure he established for the Airforce to facilitate training. The design and construction of the school of Armour, Bauchi was done by him. Construction of four divisional headquarters office complexes in Kaduna, Ibadan, Jos and Enugu was carried out by him. He also constructed residences for Army General Officers Commanding at Kaduna, Ibadan, Jos and Enugu, to mention but a few.

He also rehabilitated several army barracks nationwide. The years of ECOMOG showcased the finest military tradition of the Nigeria Army in Peace-Keeping operations and helped to resolve protracted civil and military unrest in Liberia, Sierra-Leone and Somalia, aside from other countries that needed our intervention.

If indeed IBB, Abacha and Obasanjo “destroyed” the Nigerian army, as ignorantly stated by Buhari’s publicist, how come President Buhari has not been able to right the wrongs and reposition the army on the right pedestal? Before he reshuffled his service chiefs, it was becoming more like a sore thumb of his administration.

With declining morale, red-tapism and loss of craftsmanship, Buratai-led army was almost becoming unwanted guest in our public discourse. The hostility against them was evidently suggestive of their waned influence in helping to combat insecurity across the country. What is the current state of our military? How professional is our military which cannot even defend its barracks including its premier military institution, the Nigeria Defence Academy. Or part of President Buhari’s “thoroughbred” overhaul does not affect the institution that produces the Officers? With a “super-tucano” military so to speak, what is Buhari’s scorecard in the area of national security? Are we proud of our situation? What is the state of morale in the Armed forces under the Buhari administration?

Under President Buhari, 38 army officers were prematurely retired on the 9th June, 2016. None was reportedly queried, tried or even charged in contravention of Army statutes

Some were serving in foreign missions overseas, some were in the theatre of war in the North-east. None was found guilty of any offence other than the claim that they were involved in election fraud and arms purchase – riding on public sentiments to defame distinguished Generals and other senior officers. 10 of the retired officers were from the South East, 11 from the South-South, including Col Minimah, the younger brother of the past Chief of Army Staff. 7 Court judgements have been given, a House resolution has been passed, a Senate resolution also passed, a joint National Assembly resolution has also ordered/asked for the reinstatement of the officers, but Adesina’s retooled Army is yet to respond. Is that the spirit of the Buhari’s Army?…