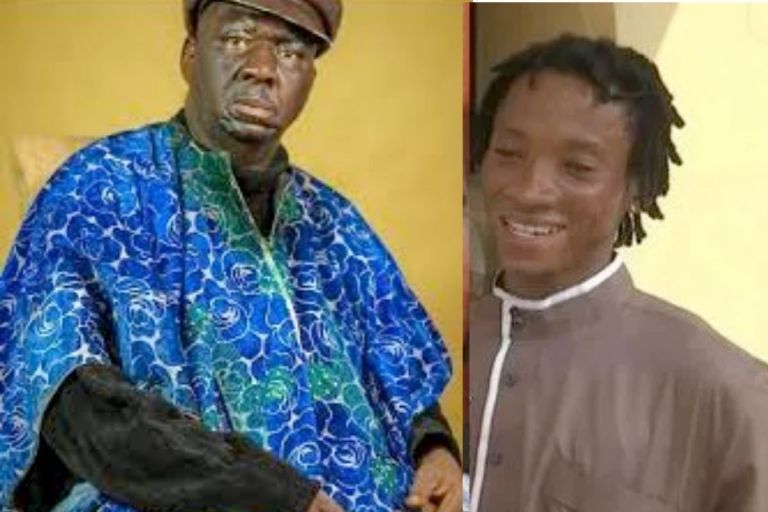 One of the sons of late comedy actor Babatunde Omidina, alias Baba Suwe, Adebowale Omidina, who died on Monday, November 22, has claimed that his father could not recover from his trauma with the National Drug Law Enforcement Agency NDLEA after he was falsely accused of dealing drugs in 2011.

Recall that just after the 63-year-old actor Baba Suwe died, his son, Adebowale, posted a video accusing family members and acquaintances of failing to care for him while he was ill.

Meanwhile, Adebowale expressed regret for making the video. He said he didn’t mean to respect anyone. He also revealed that after the drug incident, the illness of his father started.

“My father was a lovely person. Whenever I showed him his videos, he would start laughing and sometimes burst into tears and ask if it was him and if he would ever act again and I would console and assure him that he would act again, just to make him happy.

Adebowale said he was in the gym when he got a call that his father wasn’t breathing well, and that’s when he died.

“I asked them to call a nurse to treat him and when I got home, I went to his room, talked to him; he was trying to talk to me, but he could not.

He was taking his first drip when I got home and when he was taking the second drip, I went out to wash my kits. I was washing my kits when my mum came to tell me that my dad was dead. I had to ask her if she was joking because I just left him about five minutes ago; I rushed to his room and found out that he was dead.

I was in shock and had to make a short video and because of the shock, I didn’t know what I was doing at that moment, so I posted it on my WhatsApp status and from there it went viral.

I was surprised that within five minutes, the video had gone viral. What I have to say is that I’m sorry; I appeal to family members that I never meant it that way because I’m still young, but the shock affected me.”he said.

Related Topics:Baba Suwe
Up Next

Actress Eniola Badmus Opens Up On Her Weight Loss Journey

BBNaija: Reactions As Whitemoney Makes First Trip Out Of Nigeria