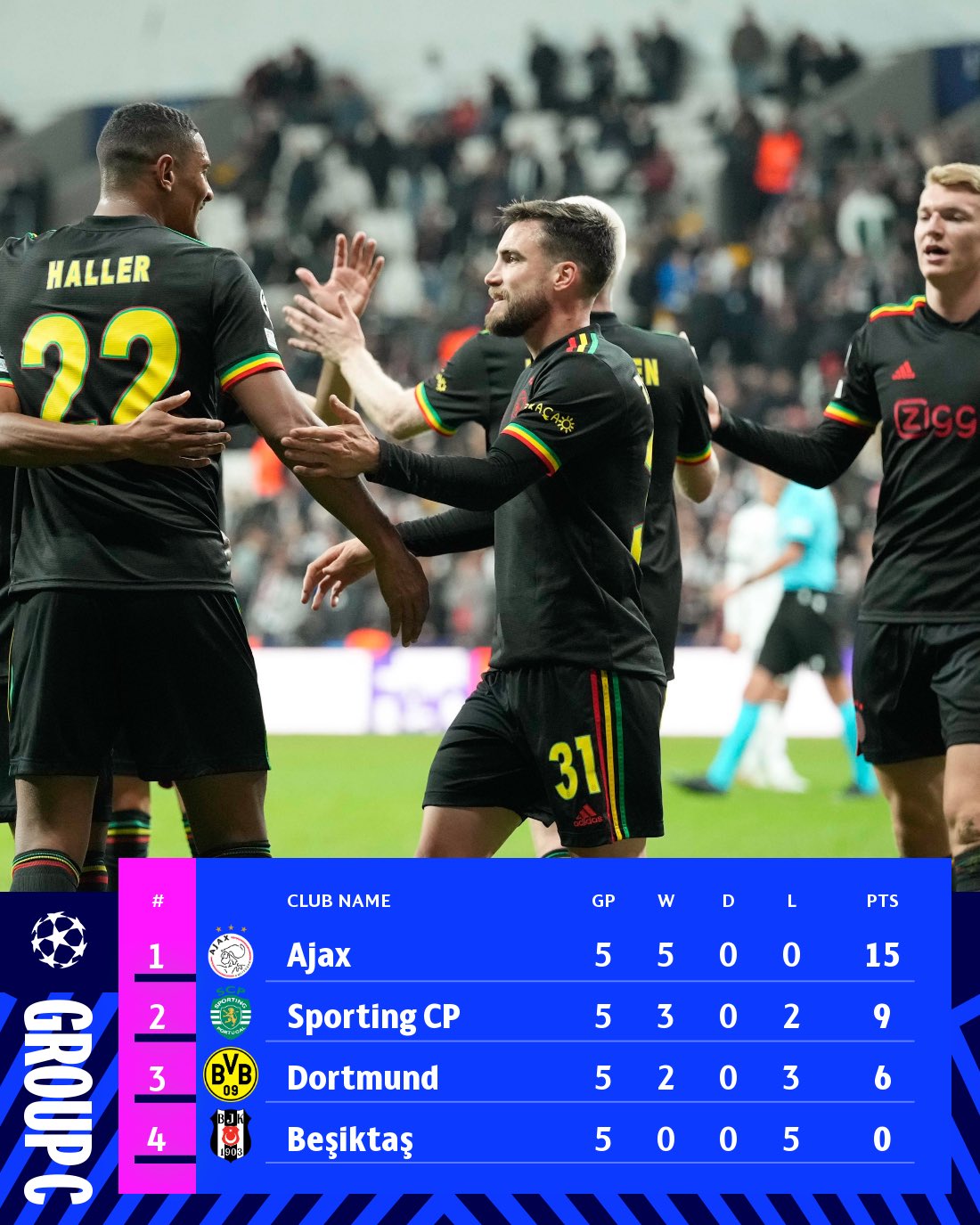 Sebastien Haller came off the bench and scored twice as Ajax came from behind to defeat Besiktas 2-1 in the Champions League on Wednesday.

Ajax went into the game having already sealed the top spot in the group and Erik ten Hag decided to make some changes. David Neres and Mohamed Daramy started on the wings, Nicolás Tagliafico and Perr Schuurs in defence, and Andre Onana made his first start since his doping ban.

Besiktas caused Ajax problems early on and it was the hosts who had the lead with Noussair Mazraoui conceding a penalty for handball. Rachid Ghezzal made no mistake from the spot to make it 1-0.

Ajax had chances for the equaliser before the break but they could not take them, while Onana made an excellent save to prevent Besiktas going 2-0 up. At the break, Ten Hag took off Daramy and on came Sebastien Haller.

The change made a huge difference as Haller equalised in the 54th minute from a Tagliafico cross. The Ivory Coast international then got his ninth group-stage goal with a clever finish in the 69th minute to make it 2-1 for Ajax.

Haller had the ball in the net once again before the end but the offside flag denied him a hattrick.

Ajax moves onto 15 points and they will close the group stage against Sporting club de Portugal in two weeks. They can become only the seventh team in Champions League history to win all six group stage games.