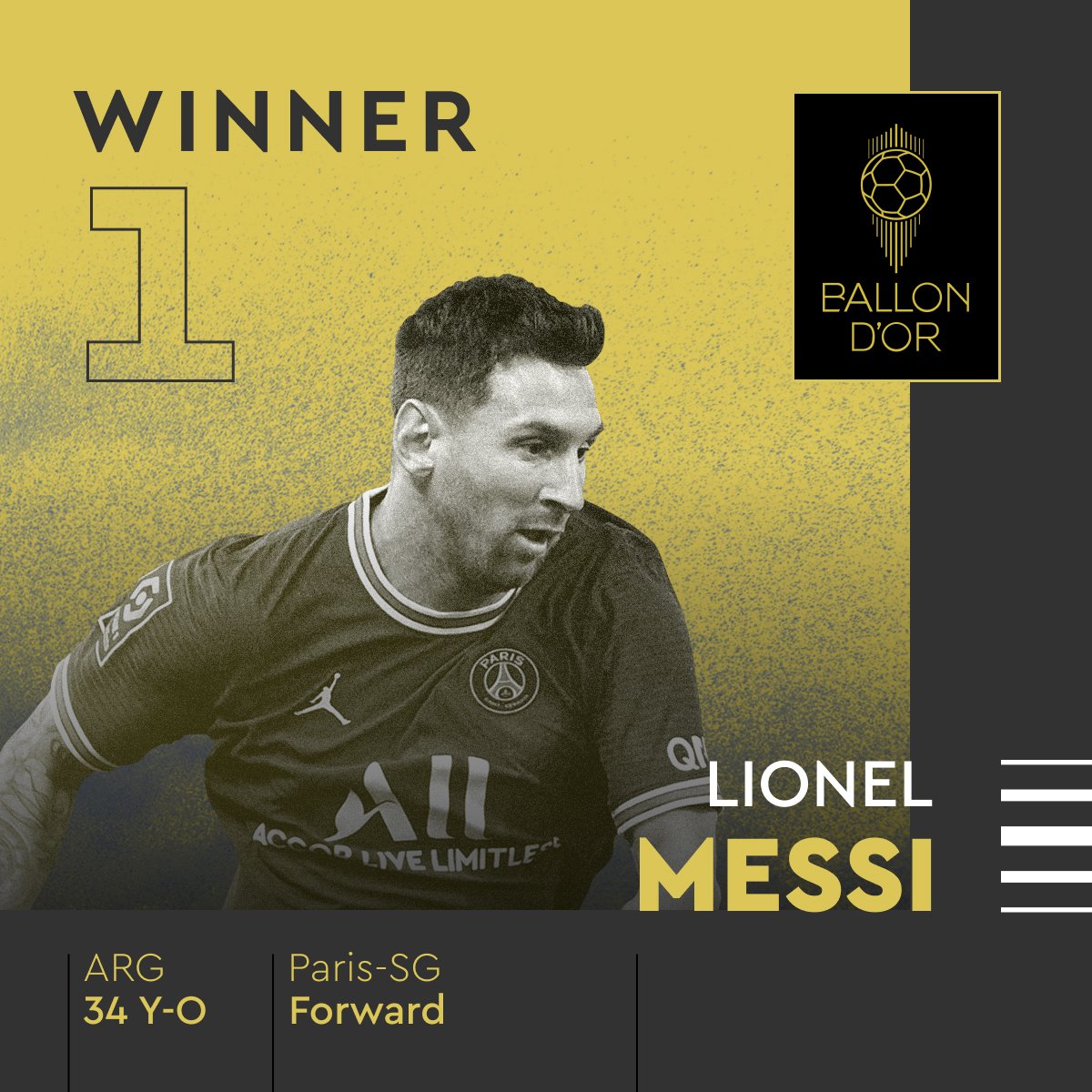 Lionel Messi has won a record-extending seventh Ballon d’Or after beating Robert Lewandowski to the most sought-after individual prize in football.

The Paris Saint-Germain star may have endured a somewhat slow start to life in France this season, but before that he was electric for Barcelona and Argentina.

It was surely his long-awaited first trophy success with La Albiceleste that gave Messi the edge over Bayern Munich striker Lewandowski.

At the Maracana – the scene of Argentina’s 2014 World Cup final defeat to Germany – Messi helped Lionel Scaloni’s men to a 1-0 win over bitter rivals and Copa hosts Brazil.

He had previously lost Copa finals in 2007, 2015 and 2016, briefly retiring after missing his penalty in the shootout that saw the trophy slip from their grasp in the latter.

Messi may not have had the decisive impact in this year’s final, but over the course of the tournament he was deemed to have been the best player, scoring four goals and setting up another five – no one bettered him in either metric.

Lewandowski had been considered the favourite before then, partly due to breaking Gerd Muller’s long-standing record of 40 goals in a single Bundesliga season.

The Poland striker looked likely to have won the award in 2020 before it was cancelled due to the coronavirus pandemic.

But Messi’s success in Brazil seemed to tip the scales in his favour, with the 34-year-old increasing his lead over Cristiano Ronaldo in the Ballon d’Or stakes, the Manchester United forward now two back on five after finishing sixth in the voting this time around.

Lewandowski did, however, win the inaugural Striker of the Year award.

Club of the Year: Chelsea