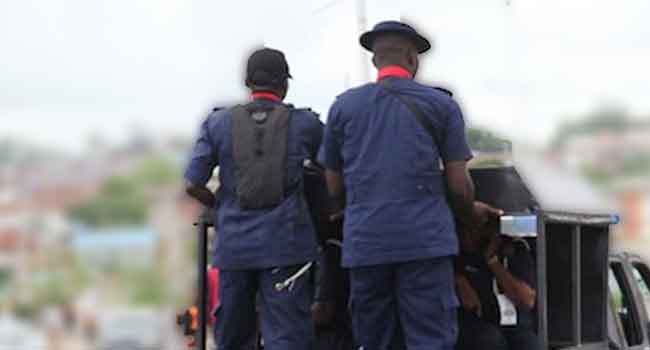 A statement signed by the Command’s Spokesman, Mr. Babawale Afolabi identified the suspects as Yusuf Aboderin, 32, and Mustapha Fatai, 28.

Afolabi said that the suspects allegedly made a futile attempt to steal a phone belonging to one Olatunji Akibu, who boarded the same minibus with them from Oja to Olunlade.

“Luck ran out of the two suspects as they attempted to steal the phone of the complainant, who raised alarm and attracted passers-by.

“It resulted in the beating of the two suspects, before the timely arrival of the NSCDC patrol team, which rescued them from the mob,” he said.

The spokesman said that the two suspects had claimed to be surveyor and bricklayer, respectively.

“The State Commandant, Makinde Ayinla has ordered investigations in the matter, after which the suspects will be charged to court,” Afolabi said.