Rinu To Sanwo-Olu: You Will Walk Alone 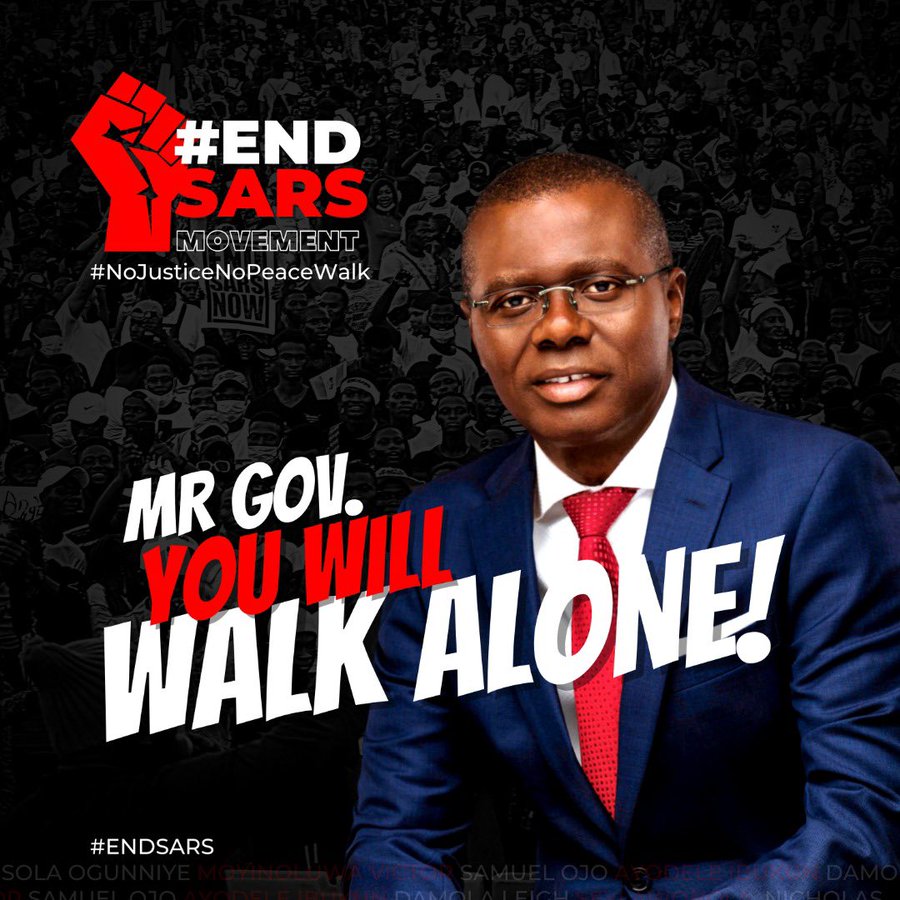 Governor Babajide Sanwo-Olu will walk alone in the light of procrastination in effecting the recommendations of the EndSARS Panel report on the Lekki Tollgate shooting, prominent female civil rights activist, Rinu Oduala has said.

She spoke following the refusal of several of those the governor called on to join him a peace walk in Lagos.

GreenWhiteGreen GWG reports that among those who have declined to walk with the governor are Falz, Mr. Macaroni, Seun Kuti among others.

Sanwo-Olu had said on Tuesday invited the celebrities among others to join him in a walk “to herald the healing of the land.”

Responding to the several rejections, Rinu in a post she shared on Twitter said it was becoming obvious that the governor would end up walking alone as she insisted that there could be no peace without justice.

Rinu while asking the governor to do the right things as concerning the panel report, said:

“Mr Gov. You will walk alone. No Justice, no peace @jidesanwou. Do the necessary, stop performative actions!

Mr. Macaroni in declining the invitation from the governor said he was afraid that a similar walk during the EndSARS protest led to him being molested by the police. He said that whether walking with the governor or not that those issues craved by the protesters to change the mindset of the police must be done otherwise they could end up beating him again.

Falz on his part lamented the dithering procrastination of the government to deal with the issues raised during the EndSARS protest saying that confidence had been eroded.

Rinu had upon the objections by several of the celebrities predicted that the Governor Sanwo-Olu would walk alone.