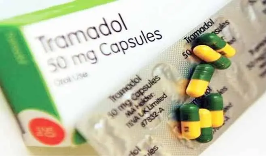 Tramadol worth about 2 trillion naira has been destroyed by The National Agency for Food, Drug Administration and Control (NAFDAC) in the last four years.

Prof. Moji Adeyeye, NAFDAC Director-General said this in Abuja during a news briefing in commemoration of her 4th year anniversary in office.

READ ALSO:ISWAP Kidnap Passengers In Borno, Move Them To Sambisa

She said over N8bn worth of seized unwholesome medicines and products were also destroyed within the period.

She said: “To further protect the health of consumers, the agency destroyed fake, adulterated, counterfeit, banned and unwholesome NAFDAC regulated products worth N8,000,260,000 in exercises across the country, while also clearing its Apapa warehouses that had been filled to the brim since 2013.”

She said over 20 prosecutions of people responsible for counterfeiting or trading in substandard falsified medicines have taken place with most of them ongoing, and with a few fined or sentenced to imprisonment.

She said the street value of falsified medicines and unwholesome food products and cosmetics seized and destroyed across the country by the agency between March and August of 2021 alone stood at over N5bn.

Adeyeye said in 2020, NAFDAC backlisted two companies from India that falsified a registered product and delisted the Nigerian company involved, she said.